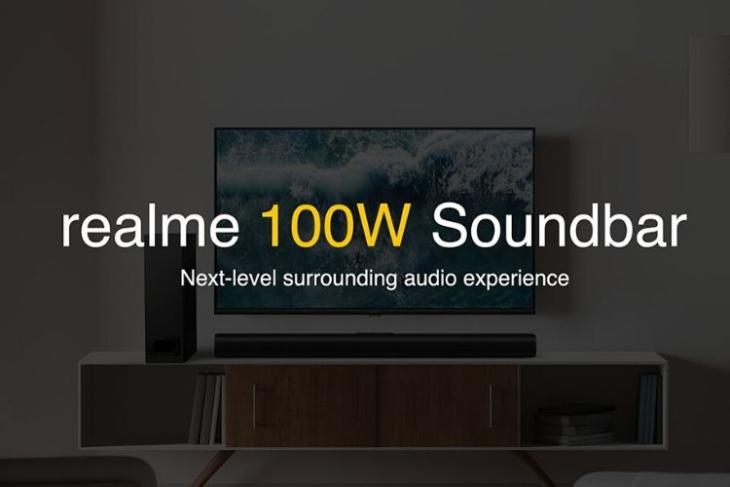 Realme today launched its first-ever smart TV and smartwatch in India. The company also took the wraps off a couple of new accessories during the launch event. Towards the end, Realme India CEO Madhav Sheth pulled an Apple with the ‘One more thing’ tagline and teased the company’s next product – Realme 100W Soundbar.

Yeah, Realme is already gearing up to launch a product to accompany its freshly unveiled smart TV lineup. The Realme 100W Soundbar, as shown in the image below, will be coupled with a sub-woofer. The soundbar itself is said to house four speakers, which brings the total up to five when you count in the woofer. 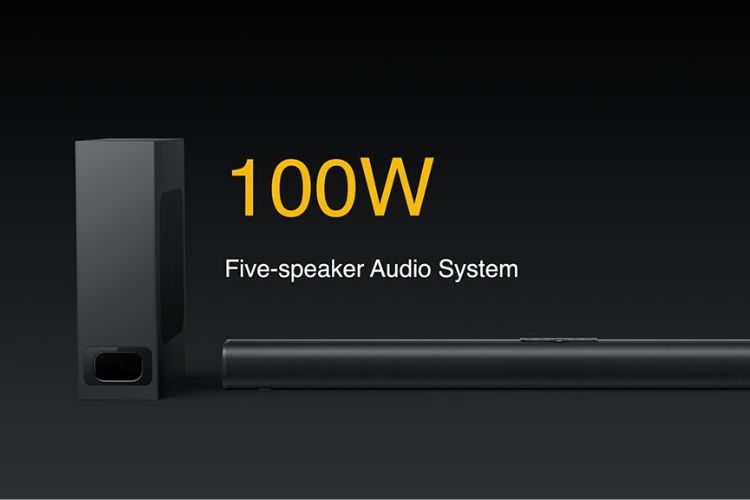 The render here gives us a first look at the soundbar, which appears to be massive and lengthy. We can see a couple of handy buttons at the top as well. The sub-woofer is not small by any measure and you can see that in the header image.

The company did not reveal anything else about the upcoming soundbar. Sheth, in the live stream, did add that Realme will bring the ‘next-level surround sound experience’ to users very soon. Now, very soon could mean by the end of this month or next. We will have to wait for more teasers and announcements to know better.

Realme’s arch-nemesis Xiaomi already sells a soundbar in India to complete the Mi TV experience. It is an eight-speaker 28W powerhouse that’s also quite affordable. On the other hand, the Realme 100W Soundbar looks like it will be premium and costly.