The Oppo powered Realme 1 smartphone has been launched, and the company is aiming straight at the throne held firmly by the Redmi Note 5 Pro, at least the 6GB/128GB variant, priced at ₹13,990 certainly is. We’ve been testing the phone over the last few days and putting it through the paces to see how it performs from day-to-day usage, to gaming performance, and even benchmark scores. So, if you’re wondering whether the Realme 1 is a worth a shot over the Redmi Note 5 Pro, this is our Realme 1 performance test:

Before we dive into the various tests we performed, and the phone’s performance against competitors like the Redmi Note 5 Pro, let’s get the specifications out of the way:

With that done, let’s dive in to the performance tests of the Realme 1.

We ran a couple of benchmarks on the Realme 1 smartphone in order to judge the way it handles synthetic benchmarking situations. To compare, we also benchmarked the Redmi Note 5 Pro since it’s in the same price range, and the ZenFone Max Pro M1 (starts at Rs 10,999) just because it’s very popular and we wanted to see how these phones all fared against each other.

In Geekbench, the Realme 1, with its Helio P60 AI processor performs very well. In fact, it beats the Snapdragon 636 boasting Redmi Note 5 Pro, and the Asus ZenFone Max Pro M1 at both single-core and multi-core Geekbench results. The Realme 1 scored 1,488 on single-core, and 5,668 on the multi-core test. 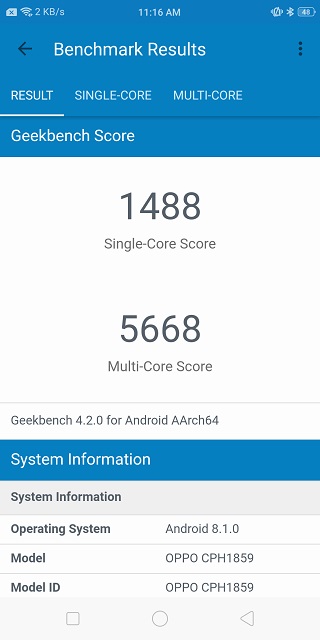 We also ran AnTuTu benchmarks on all these phones including 3D tests like Refinery, Coastline, and obviously, Marooned. Here too, the results tell a stunning story of how the Helio P60 manages to outdo the competition. 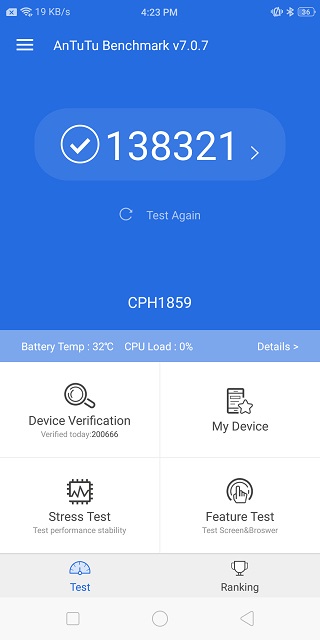 While it’s clear that the Helio P60 sporting Realme 1 is way better than the competition when it comes to synthetic benchmarks, benchmarks don’t always tell the complete story so we did a number of real-world performance tests on all three of the phones as well, starting off with gaming (I mean, obviously).

We tested out three games on each of these phones, starting off with Asphalt 8 because even though it’s gotten pretty old, it’s still one of the most loved games on smartphones. As can be expected, all of the phones performed equally well on Asphalt 8 while running it on High settings by default. Asphalt 8 on the Realme 1 was great and without any lag or frame-drops whatsoever. I thoroughly enjoyed racing across the Nevada track in that Dodge GT. The Redmi Note 5 Pro, and the ZenFone Max Pro M1 performed similarly well on Asphalt. 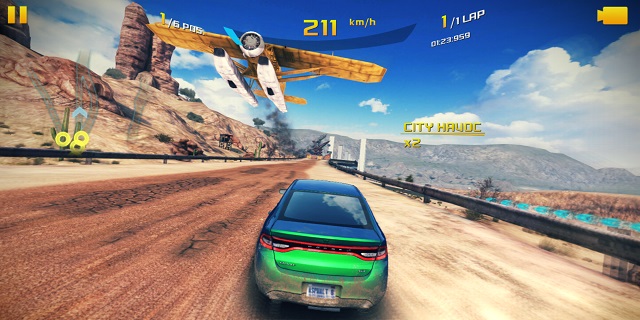 We next moved on to Marvel Future Fight (a really great game, by the way) because it’s quite intensive. However, all three of the phones were able to handle this pretty easily as well. I have no complaints with the way the Realme 1 performed while playing Marvel Future Fight. Gameplay was smooth, and the performance was at par with the Redmi Note 5 Pro, and the ZenFone Max Pro M1.

Finally, we decided to test PUBG Mobile. Now, this game did expose some rough edges in the Realme 1. By default, the phone switched to Medium settings, and I expected the game to perform well enough (after all, it selected Medium on its own). Sadly though, the Realme 1 drops frames quite a lot in PUBG Mobile. I mean, yeah, that game is in beta, and it’s a huge, detailed game with a lot of draw-calls for sure, but if you want to play PUBG Mobile on the Realme 1, I’d suggest switching to ‘Low’ graphics setting for a better performance. 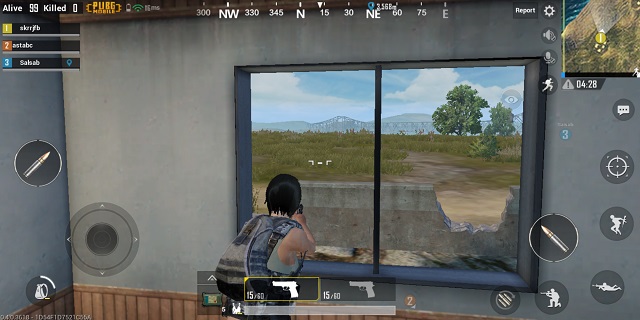 The Redmi Note 5 Pro, on the other hand, performed well with PUBG Mobile. It too, selected Medium by default, and with a Snapdragon 636, I wasn’t really expecting anything more than that. The ZenFone Max Pro M1 was also better than the Realme 1 in PUBG Mobile. I’d blame this more on the Mali GPU that the Realme 1 has to work with; it’s probably not powerful enough for the intensive graphical requirements of PUBG Mobile.

After all the gaming action, we also compared the day-to-day usage of the phones and how they feel in normal, everyday usage. The Realme 1 is a great phone when it comes to normal tasks like navigating around the phone, making calls, and launching apps. In fact, I observed that quite a lot of times, the Realme 1 was faster than the Redmi Note 5 Pro and the ZenFone Max Pro M1 when it came to app-launches. 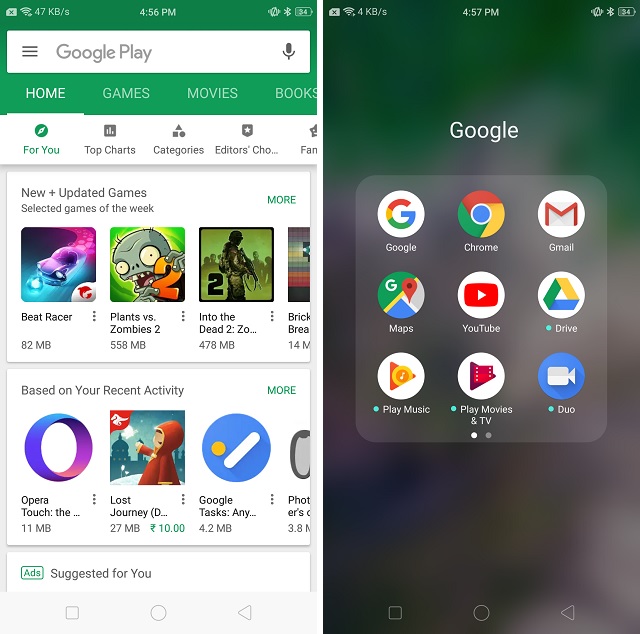 One issue that I have with the Realme 1’s performance in day-to-day usage is that for some reason the keyboard on the phone is incredibly laggy, and typing just doesn’t feel natural on the phone. That may be due to ColorOS 5.0, I’m not sure. It’s just something I noticed and that’s really annoying to me.

Realme 1 Performance Test: A Smartphone Worth Your Attention

Honestly, I wasn’t very confident about the Realme 1 when I first started testing it out. However, the phone managed to surprise me and a lot of people here at Beebom by the way it has stacked up against the Redmi Note 5 Pro which is arguably the best smartphone in its price range. The Realme 1, with its Helio P60 processor, and up to 6GB of RAM is definitely well worth considering. So, if you’re looking for a smartphone that not only performs well enough, but also looks good in this price range, you should definitely check out the Realme 1 before making a final decision.

Oppo Takes Aim at Redmi with Realme Brand; Budget Phone to Be Launched on May 15