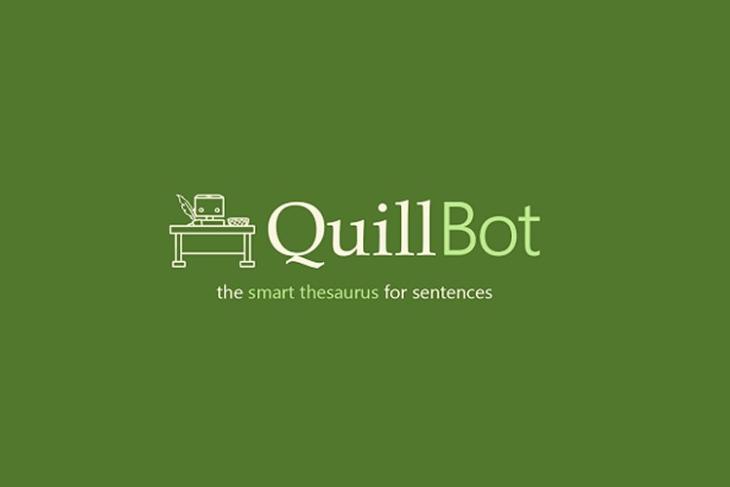 Students, authors, speech writers and others unwilling to put in the hard yards have always wished for a software of some sort that could help them rehash, rephrase and regurgitate existing material without getting caught for plagiarism. With the increasing prominence of AI and machine learning, it was only a matter of time before their prayers were answered, as that’s exactly what QuillBot does.

Billed as “the smart thesaurus for sentences”, QuillBot is an AI-based paraphrasing web-app that restructures full sentences while retaining their original meaning. Developed by students at the University of Illinois at Urbana–Champaign, the beta is generating a lot of interest among AI enthusiasts and those with a creative writing block.

While it can still reword and restructure sentences or paragraphs while preserving the original meaning, there’s still a ways to go for QuillBot to get there. We tried to ‘quill’ a sentence from this particular report, and as it turns out, the output was something that will very likely not pass Copyscape, but it works well for some text. You can also adjust how much you want the AI to tinker with your text. 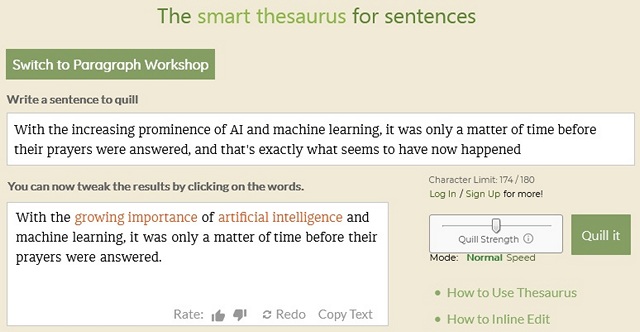 The software is the property of AI startup Keuji, whose COO, Rohan Gupta, compares it to calculators, saying that his company’s software will potentially do to the writing space what the invention of calculators did for numbers.

“Similar to the way calculators have allowed for more accurate and efficient calculations in business and personal settings, QuillBot aims to allow these benefits in the writing space.”

Gupta also cites the calculator example when asked whether he is worried about QuillBot being used for plagiarism. According to him, just like nobody blamed the inventor of the calculator for kids cheating at exams, people using the tool to plagiarize won’t change the fact that it actually is highly-useful. Gupta says it can become a “multipurpose tool that is being used for very productive purposes elsewhere”.

The software is reportedly being put to good use in the education sector for children with learning disabilities, and by the video-game industry to create game dialogues, which is otherwise a painstaking and laborious process. However, the question still remains as to whether QuillBot and other similar software will eventually enable students and others to cheat by passing off somebody else’s work as their own, just by passing the existing text through the software.

QuillBot is completely free for everyone to access, and you can check it out at by clicking here.