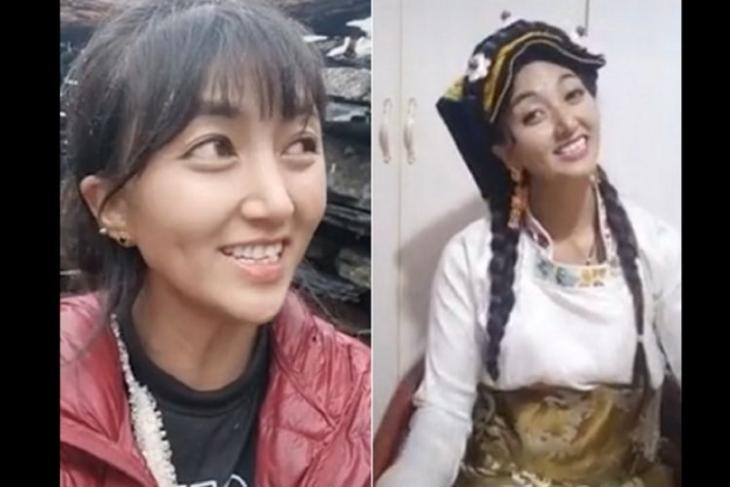 A Chinese vlogger, Lamu, who was popular on Douyin, China’s version of TikTok died on 30th September 2020. Lamu, aged 30, was known for her happy posts and natural beauty and mainly documented her life in rural China.

She was doused in petrol by her ex-husband while she was attempting to live stream. Local media reports stated that her screen went black soon after her stream started.

Lamu, from China’s Sichuan province, had two children. She was married to Tang and had already divorced him once before. However, she decided to remarry him as he had threatened to kill one of her children.

That didn’t last long though as she ended up running away. A statement from Jinchuan County Public Security Bureau said Tang had allegedly broken into her house on 14th September, armed with a knife and petrol. He doused her in petrol and set her on fire, which caused her to suffer 90% burns on her body. She was immediately taken to the hospital but passed away two weeks after the attack.

The intent is not yet confirmed but reportedly Tang has a history of domestic violence. So, he was reportedly seeking revenge as she had initiated the divorce for the same. As a result, Tang was detained on the date of her death for further investigation.

Following the death of the vlogger, Lamu’s family went ahead to her followers to ask for some financial aid. More than 1 million yuan (~Rs 1.07 crores) was raised in about 24 hours.

Moreover, this incident raised a lot of questions about women’s safety and the netizens have been talking about it ever since on China’s social platform Weibo. More than 70 million posts have been recorded under a hashtag used for her passing. The outrage on social media is real and needed as China has witnessed a spike in domestic violence cases and yet has not taken any necessary action.