Skip to content
Home Internet pCloud vs Google Drive vs DropBox: The Battle of Cloud Storages

Cloud Storages are a good way to share your files across devices without having to plug in external devices. They also provide a good place to safely create a backup of your important files so that you don’t lose them even when you break your primary device. If I have two put my finger on it, I would consider cloud storages to be one of the two important services everybody should pay for, the other being a password manager.

However, there are so many cloud storage services out there that it has become hard to choose the right one for you. That said, there are two main cloud storage services which come to everybody’s mind when they think of the service; Dropbox and Google Drive. While these two are great, there is one comparatively new service which has risen a lot in the ranks and is now capable of running in the big leagues. I am, of course talking about pCloud. In this article, we are going to pit pCloud against Dropbox and Google Drive to see which one deserves your money.

pCloud vs Google Drive vs Dropbox

All the three cloud storage bring a ton of features and it’s easy to consider them equal. However, that’s not the case as each one of them has their strengths and weaknesses. In this section we will compare different features of pCloud, Google Drive, and Dropbox to see which one is the right one for you:

All of the three cloud storages in question create a folder on your device when you install their respective apps. Everything you put in that folder is synced and available across all your devices. When testing the upload and download speeds, I found them to be close enough that the stats don’t matter. That said apart from your sync folder, pCloud also has the ability to sync and backup any folder present on your device. The sync folder is just to make people familiar with the software. Also, both pCloud and Dropbox supports block-level sync, a feature which allows the service to upload only the altered section of the files in blocks which greatly reduces file upload time for any altered file.

For example, suppose you are uploading a 1GB file, it will almost take the same time to upload on all the three cloud services(almost 4 minutes), however, after uploading the file if you made some changes to the file, Dropbox and pCloud will only upload the changes that you made, while Google Drive will upload the whole 1GB file again. In my testing, Dropbox and pCloud took only 30 seconds to upload the changes while the Google Drive took another 4 minutes.

One unique feature of pCloud is called the pCloud Drive where the service creates a virtual drive on your device. Everything that you put inside the drive is instantly uploaded to pCloud’s servers and removed from your computer. However, to use the files you don’t have to wait for them to download as the pCloud Drive acts like an external drive, giving you access to your files with just a click. 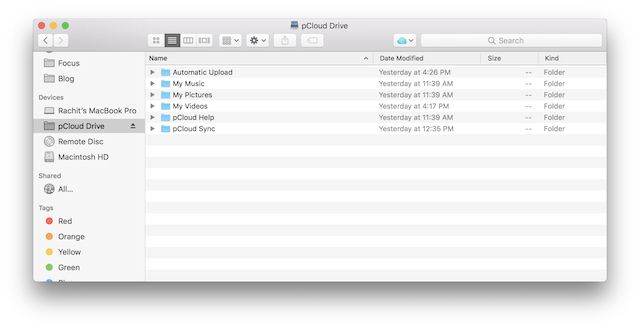 I don’t how they did it, but it certainly works for me. I can play movies directly from the drive, listen to songs and what not. The files kept in the pCloud Drive even works with third-party programs like Final Cut Pro, Adobe Photoshop, Slack and more. As I said the virtual Drive acts just like an external drive. Neither Google Drive nor Dropbox supports this feature.

When it comes to file sharing, all the three services are fairly capable of doing all the things. They all allow you to share individual files or folders with others. Each one of them also gives you the power to restrict access to your shared files. However, while both Dropbox and pCloud allow you to password protect your shared links and also share upload links, Google Drive can’t perform either of the things. 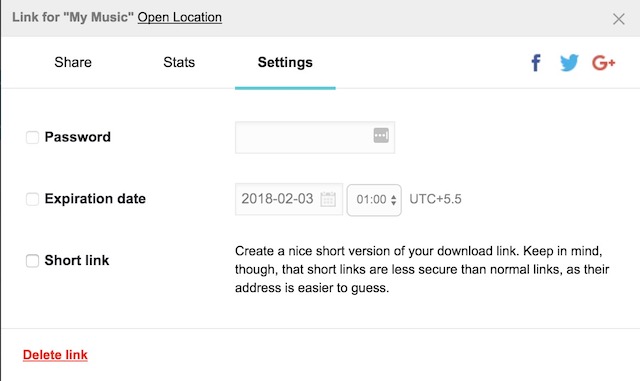 File collaboration is a major feature that I am looking for whenever I am testing a new cloud service and sadly pCloud loses the race even before it started. While both Dropbox and Google Drive give a full suite of collaboration features like live editing of documents, collaboration on documents, in-line comments, and many other such features, pCloud is unable to do any of those things. Also, Google Drive has its own suite of apps like Google Docs, Google Sheets, Google Slides, and Google Keep which help when collaborating with others and Dropbox uses Microsoft’s Office online whereas pCloud has nothing to offer. 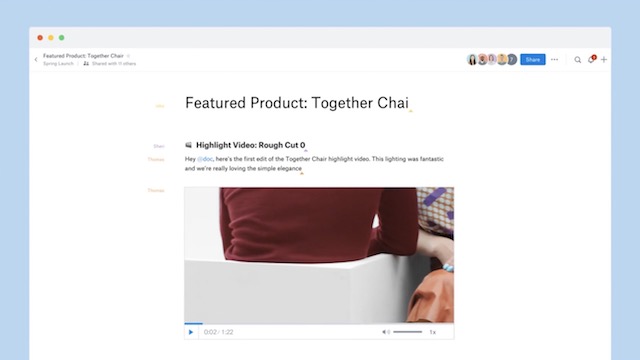 While all the three services come with standard encryption, which keeps your files safe on the cloud, pCloud brings an add-on service called pCloud Crypto which allows you to create your own private vault which offers military-grade encryption with zero-knowledge privacy features. Although the add-on is a paid service, it’s good to have the option to create a secure vault to save your sensitive files.

Both pCloud and Google Drive allows you to automatically backup all your photos and videos. Google does that via its Photos app while pCloud does it with its native drive app. Both this service also allows you to store songs on their servers and then stream it using their mobile apps. However, although pCloud’s mobile app support music streaming and playing, it’s in no way a music player. Google has its own Play Music app which is a full-fledged music player app and gives a far better listening experience. 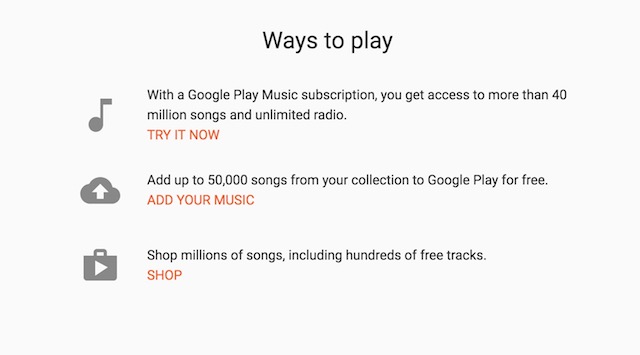 Now that we are done with all the major features and have a good idea about what all the three cloud storage services have to offer us, let us compare their pricing strategy to see which one brings the best value for the money.

As you can see in the above chart, although pCloud is the most affordable service of them all, Google Drive provides the lowest opening plan if you do not require too much storage. Google Drive starts at $1.99/month for 100GB of storage while pCloud starts at $4.99/month for 500GB of storage. Dropbox is nowhere in the picture, as it starts at $9.99 for 1TB. At this price point, pCloud beats them both, as it offers double the storage for the same price.

Note: All the prices mentioned in the comparison are applicable when your pay month to month. If you pay yearly, you can save up to 20% on all the three services.

pCloud vs Google Drive vs Dropbox: The Verdict

As you can see depending on your needs, you can actually get a clear winner here. pCloud offers a better pricing and the pCloud Drive feature is just a boon to a Mac user like me. That said, Google Drive brings its own suite of tools and is the best when it comes to collaborating with others, automatically backing up your photos, and storing and streaming music.

So, if you are looking for an affordable and yet reliable service and your work doesn’t require you to collaborate with others in real time, pCloud is the best for you. However, if you cannot live without the collaboration feature, certainly either Dropbox or Google Drive will be a better option. Personally, I will pick Google Drive over Dropbox just for the automatic photo backups and music streaming, that said, Dropbox might be better for you as it offers block-level sync feature which saves a ton of time and data.

We have given our verdict, but we will love to hear from you, our readers. Do let us know which one according to you is a winner. Also, be sure to include your reasoning so everyone knows why you prefer your choice over the others.