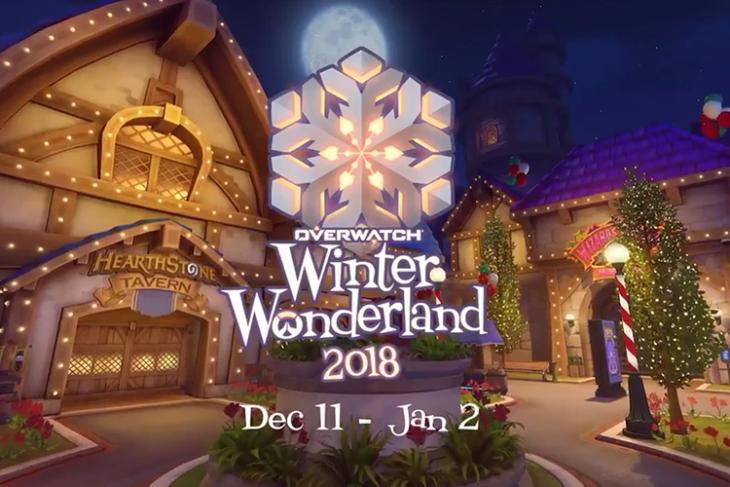 The Overwatch Winter Wonderland event is all set to kick off tomorrow i.e. 11 December, and the fans across the globe are unable to contain their excitement.

Even Blizzard has been teasing the event pretty heavily. The studio has revealed a total of six new skins via its Twitter handle, leading up to the event.

Snow off your holiday spirit! ☃️

So far, Blizzard has revealed a total of four legendary skins, 1 Epic skin, and a Holiday skin for the event. Here, check them out –

Zarya can deploy powerful personal barriers that can convert any incoming damage into energy for her particle cannon. She can be decked out in her new snowboarder legendary skin.

Widowmaker is yet another Hero who has acquired a Legendary skin. Her versatile sniper rifle has also been color-matched to go well with her new skin.

Go for the gold as BIATHLON WIDOWMAKER (Legendary)! 🥇

Lucio’s new skin is a massive overhaul in my opinion. Of course, he’ll retain all his abilities, but this hero will be fun to wreak havoc with.

Level up your sleet skills.

Powder up your game as ARCTIC FOX LÚCIO! 🦊

Symmetra’s skin looks like the one to grab during the event. However, you might need a lot of coins, as this Legendary skin is expected to cost 3,000.

Put your enemies on ice.

Rise up the rinks as FIGURE SKATER SYMMETRA (Legendary)! ⛸️

The ‘Gift Wrap’ Bastion looks really cool as it has the most holiday spirit this event. This particular skin is expected to cost around 750 coins.

Keep your eyes on this prize.

All the skins will be available to purchase throughout the event, so you can choose to do so by burning the required amount of coins. But if you are lucky enough, then you can also acquire them through loot boxes.

The Overwatch Winter Wonderland starts tomorrow and ends on January 2. In addition to the skins, you’ll also get new emotes, sprays, voice lines, and of course new game modes. Yes, there’s a lot to be explored, so be sure to check it out.