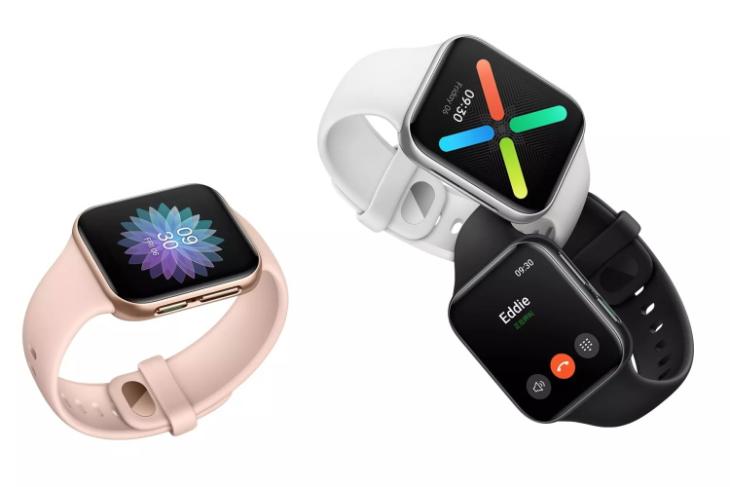 Alongside the launch of its Oppo Find X2 flagship series, the company has also taken the wraps off its first-ever smartwatch, the Oppo Watch, at an event in China. It may hold a ton of similarities to the Apple Watch but they are limited to just the design. Oppo Watch brings along a curved display, VOOC charging, and ColorOS as well.

As you may have already seen in the teasers, Oppo Watch holds a strong resemblance to the Apple Watch. The comparison comes up because of the rectangular design, aluminum build, and bezel-less display. But, the crown is swapped out for a two-button layout on the right edge in the Oppo Watch. The smartwatch is water-resistant up to 50 meters. 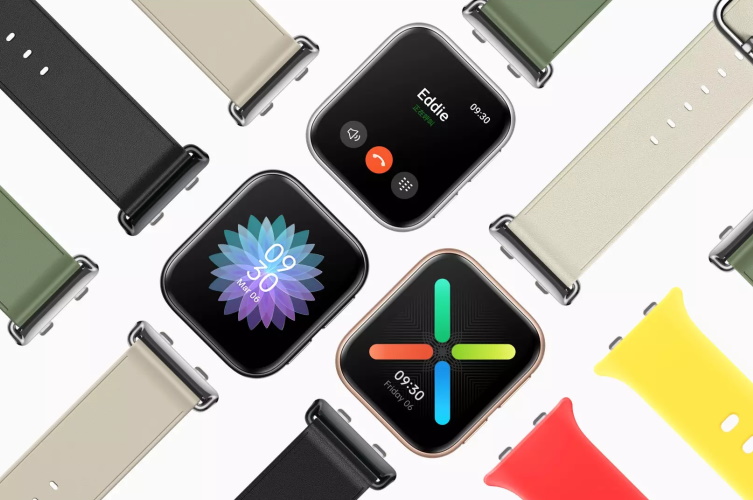 Oppo Watch includes a 1.91-inch curved AMOLED display with a 326ppi pixel density and 100% P3 color gamut support. The highlight here is the 3D curved display and that sets it apart from the almost bezel-less Apple Watch. But, that’s the case for the 46mm variant. The smaller 41mm variant includes a flat 1.6-inch display.

As for the internals, Oppo Watch is powered by the Snapdragon Wear 2500 chipset but there’s also an Apollo 3 co-processor onboard. You get eSIM support on board, which means you can operate the watch independent of the smartphone. You can place, as well as take calls on the Oppo Watch. 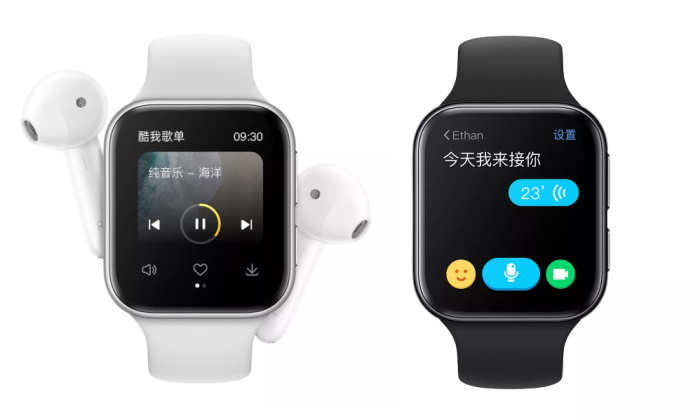 Coming to the software, the smartwatch runs the company’s own ColorOS Watch skin that’s based on Android. Oppo has taken a leaf out of Xiaomi’s book to launch its custom Watch OS, which includes a music player, radio, payment apps (with NFC support), and a ton of other pre-installed apps.

The smartwatch comes equipped with a 4-channel heart rate sensor, which enables real-time 24-hour monitoring, along with motion monitoring and heart rate alerts. 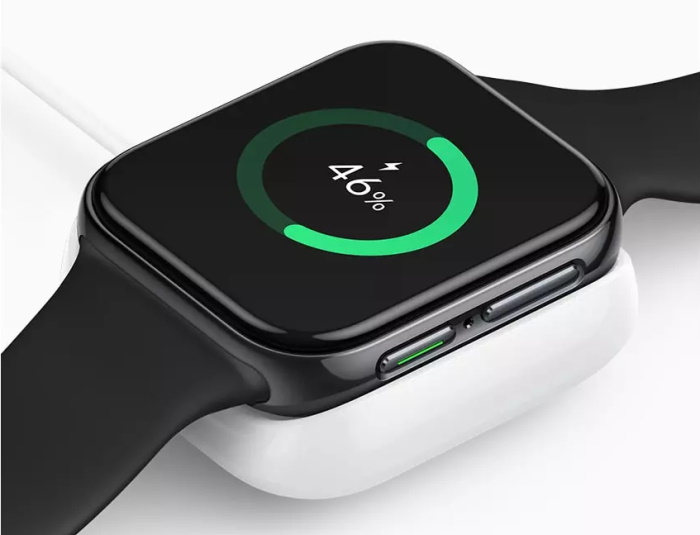 The Chinese giant has brought the VOOC charging technology to its Oppo Watch as well. The smartwatch comes with Watch VOOC charging support, which is capable of filling up about 50% battery in just 17 minutes. But, the watch gets fully charged in around 75 minutes, which is way faster than any other smartwatch out there.

Oppo Watch has been priced starting at 1,499 yuan (around Rs. 15,900) for the 41mm variant, which will come in three color variants namely Black, Gold, and Silver.

So, which smartwatch would you pick — Oppo Watch or Mi Watch, if they ever launch in India? ColorOS or MIUI for Watch? Let us know your thoughts in the comments below.

Oppo Watch 41mm vs 46mm: What Are The Key Differences?

Oppo Watch Launching Globally on July 31; Will Be Powered by Wear OS