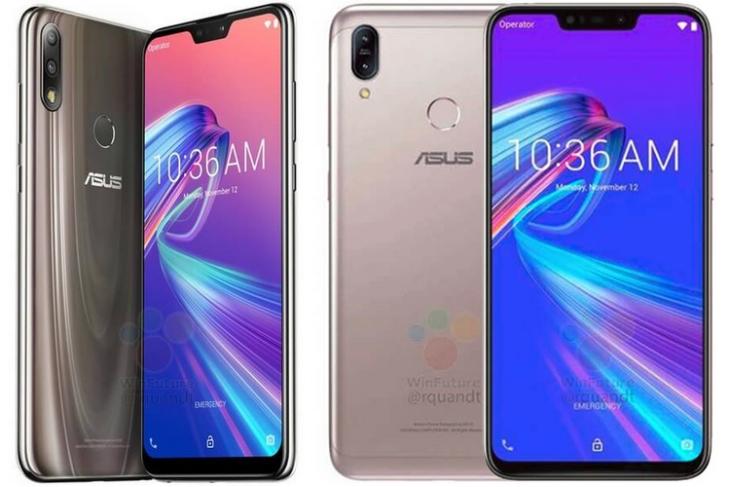 The device will reportedly feature a 6-inch 2340 x 1080 display with a 19.5:9 display, a notch at the top and a small chin at the bottom. In the imaging department, the ZenFone Max Pro M2 will feature a dual rear camera set-up which consists of a 12MP primary sensor (Sony IMX486) and a 5MP secondary sensor, and per a previous leak, PDAF and EIS will be onboard.

The upcoming smartphone will come equipped with a 5,000mA battery and will reportedly run Android 8.1 Oreo out of the box. From the leaked images, it appears that the ZenFone Max Pro M2 will come in two color options which appear to be some shade of deep blue and chocolate brown with a glossy finish.

The device will have a dual-rear camera set-up, an improvement over the ZenFone Max M1, that will consist of a 13MP primary sensor but the resolution of the secondary camera is not known. Also, the ZenFone Max M1 will flaunt a metallic build and as per the leaked images, it will come in a deep blue and rose gold color option. However, details about an estimated price and availability are not known.