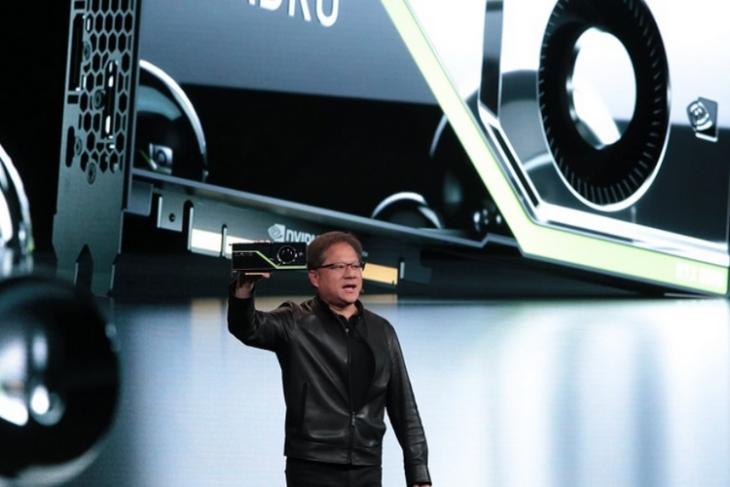 NVIDIA has unveiled new pro-oriented workstation GPUs in the Quadro family that feature the all-new Turing architecture, which is all about ray tracing and intensive AI-based computation tasks. Turing, the next generation of NVIDIA’s GPU architecture, employs the new RT cores for accelerating ray tracing as well as new Tensor cores for AI interfacing, both of which work in tandem to facilitate real-time ray tracing, bringing an improvement of 25x over the previous generation Pascal architecture.

The top-end Quadro RTX 8000 features 48GB of GDDR6 memory, 4,608 CUDA cores, 576 Tensor cores, and delivers a ray tracing speed of 10 Giga rays/second. The first Turing based GPUs will be available in 2018’s fourth quarter and will be supported by computing hardware provided by companies such as Dell, HP and Lenovo among others. 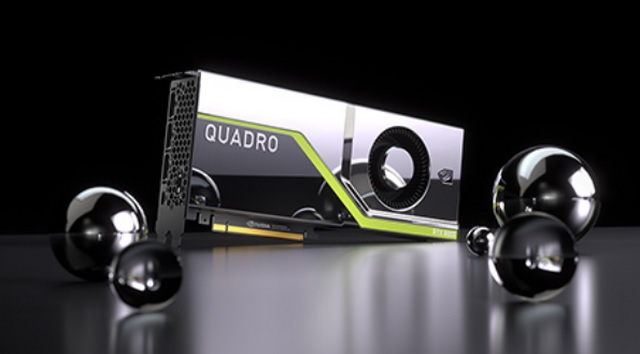 The NVIDIA chief described the new Turing-based graphics solutions as the ‘world’s first ray-tracing GPU’ and ‘the single greatest leap that we have ever made in one generation.’ In addition to the new GPUs, NVIDIA also unveiled the RTX server which packs eight Turing GPUs and is claimed to reduce rendering times from hours to minutes, however, details about its pricing and availability were not revealed.