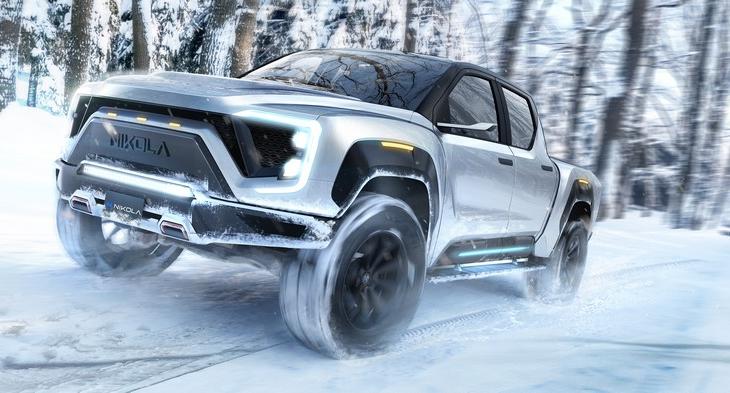 With Tesla, Hummer, and Ford competing heavily, the semi-truck market is one crowded market for new companies to fit in. However, this will not stop Nikola Motors to try their best to triumph amidst this heavy competition.

Founded in 2014, Nikola Motors is a hybrid truck design company based in Phoenix, Arizona. While Tesla Motors has the last name of the inventor of alternating current, Nikola Motors carries on the inventor’s first name. While both companies share the name of the same man, Nikola sued Tesla (oh! the irony) two years back over patent infringements. The company sued the latter for $2 billion saying that Tesla copied their Semi-Truck from the Nikola One design.

On Monday last week, the company revealed its concept for a new pick-up truck to compete with Tesla’s Cybertruck. The Badger will be the company’s offering to the pick-up truck market. They are planning to launch two versions of the truck. One will be a fully battery-powered electric truck and the other will be a hybrid of electric and fuel-cell. 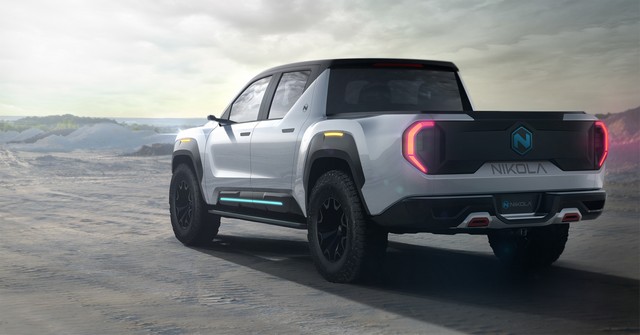 According to the makers, the hybrid version of the Badger will have a 600-mile range (300 from battery and 300 from hydrogen fuel-cell). However, the battery-powered version will be getting a maximum range of 300 miles. The Badger can move from 0-60mph in 2.9 seconds, approximately, which is comparable to the Tri-motor version of the Cybertruck. The company also claims that it has a towing capacity of 8,000 LBS (3,628 Kgs), which falls between the capacity of the Cybertruck’s Single-motor (7,500+ LBS) version and the Dual-motor (10,000 LBS) version. 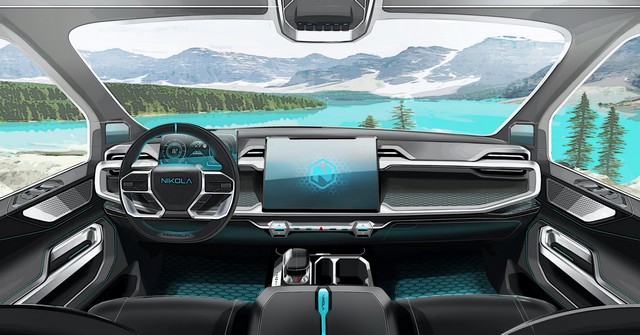 Despite all the awesome specs, there is one major issue. Not with the truck, but with the refuelling of the truck. Although there are a lot of charging stations all across the States, there aren’t enough hydrogen stations to refuel the fuel-celled vehicles, like this one. Nonetheless, the company also claims to solve this problem by installing 700 hydrogen filling stations across the country. It also took the initial steps to finalise some of the locations. But company officials will not unveil the exact locations until later this year.

Momentarily, we can get this much information about the truck from the company’s official website. The website also says that the Nikola Badger will be coming in September 2020. This means that the company will fully detail the truck in their upcoming event in September, the Nikola World 2020 event. If all the claims of Nikola are true, then the Badger will prove a worthy competitor to the upcoming semi-trucks from Hummer, Rivian, Ford and their arch-enemies, Tesla.

Meet Cybunker, a Futuristic Garage for the Tesla Cybertruck