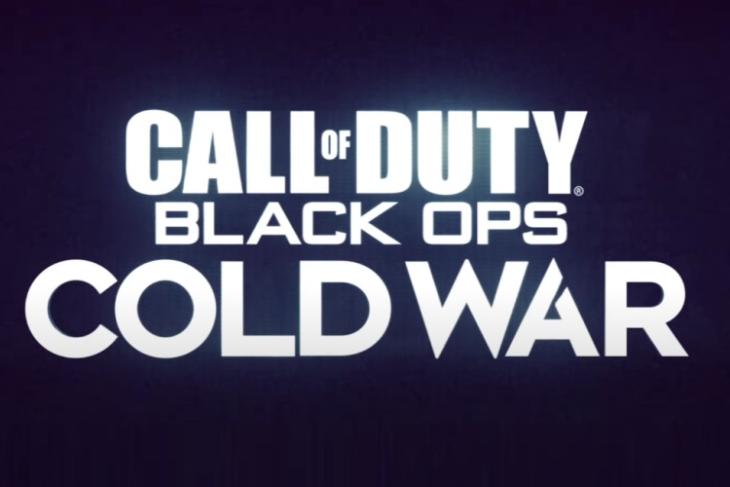 If the Call of Duty franchise wasn’t already a fan favorite, Warzone has brought along a myriad of new players to the game. And just when everyone was getting cozy with the previous installment, Activision started teasing the next Call of Duty game earlier last week. Today, Activision has confirmed the title of the next installment. It will be called Call of Duty Black Ops: Cold War, in line with the hints and rumors.

Activision, the game’s developer, has shared the first teaser video for Black Ops: Cold War and it’s completely made out of key historical events and old footage to mark the significance of the Cold War. The teaser follows a TV interview with KGB defector Yuri Bezmenov, who lays out the story and sets the tone for the upcoming game title.

For those unaware, this COD title will take place in the period of geopolitical tension between the Soviet Union and the United States. It kicked off around 1947 and both countries were on the brink of nuclear devastation. The teaser introduces a Soviet spy called ‘Perseus’ who managed to infiltrate the US to steal trade secrets. They were never caught and could have found their way to higher government positions.

The trailer above ends with the title reveal, followed by the official date for a worldwide reveal. Activision will share more information about Black Ops: Cold War, including the gameplay footage, characters, and more on August 26th next week.

This installment of Black Ops certainly falls in line with the ideology of the Call of Duty franchise. It is being developed by Treyarch and Raven software this time around. It’s probably going to be available on PCs, Xbox Series X, Xbox One, PS 5, and PS 4 later this year or maybe, next year? Are you excited about another Black Ops game?