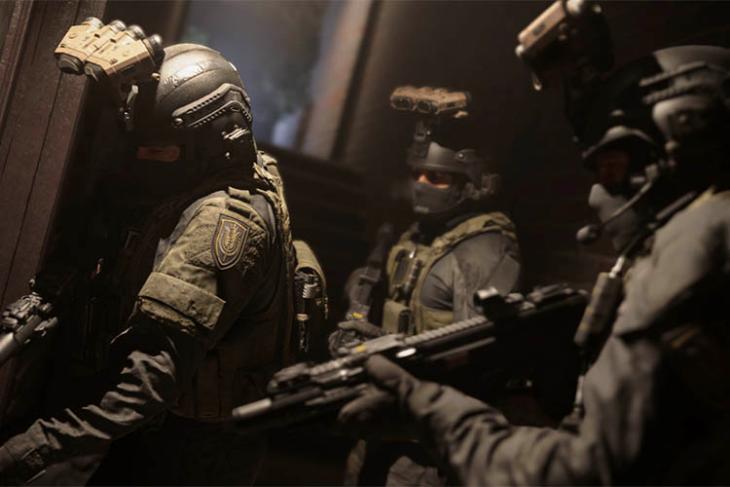 Call of Duty is one of the biggest video game franchises in history. With exceptionally great games such as the Modern Warfare series, and the recent Modern Warfare reboot, the game always manages to generate a ton of hype. Well, it’s time now for yet another CoD game and Activision is teasing us all.

The developer shipped out crates to streamers inside which there were some projectors that contained clues. The clues were later deciphered into two messages: “Turn eleven white” and “Bish, you were here.”

According to Windows Central, the messages are a reference to a chess match played between players from the Soviet Union and the US during the Cold War. Moreover, some people investigated the clues some more and figured out that they led to website (here) that flashes two numbers. “08–14” and “12:00”. That’s basically all we have to go on at this point.

Naturally, this led people to believe that Activision will unveil the game on August 14 at 12PM. However, Activision has since clarified that what we will get on August 14 will be yet another clue. Guess we will just have to wait even longer to find out what CoD has in store for us.

I just heard directly from Activision.

What we solved today was just the FIRST step of the Call of Duty 2020 reveal.

What comes out on Friday at 12 EST is just the next part.

Meanwhile, leaks and rumours around the game suggest that it will be called Call Of Duty: Black Ops Cold War. That’s a relatively long name, but it does fit in with the Cold War references in the clues mentioned above. It will also mean CoD will not once again try and go all Infinite Warfare and Advanced Warfare on us, which frankly, weren’t fun.

What we can say for certain right now, is that the game will definitely be available on PC, Xbox Series X, Xbox One, PS 5 and PS 4.