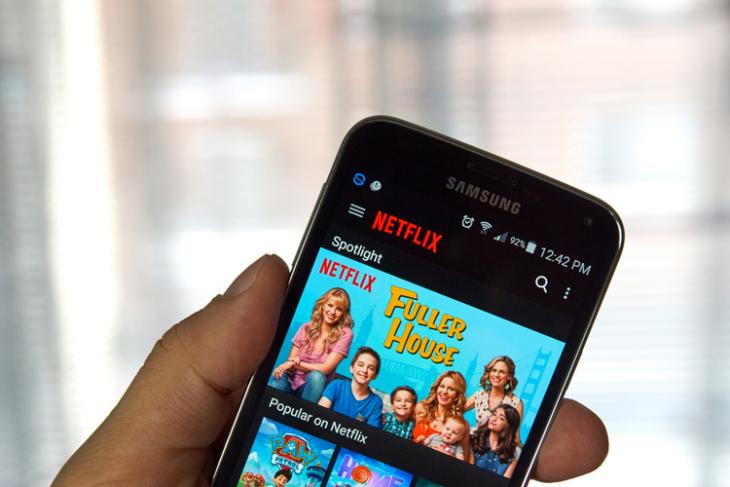 Netflix on Wednesday announced that it has started streaming AV1 videos on its Android app. The move is expected to reduce data usage for Android users, given that the royalty-free video codec is said to offer up to 20 percent compression efficiency over VP9 codecs currently used by the company.

This feature can be activated manually on the Android app by enabling the ‘Save Data’ option from ‘App Settings -> Cellular Data Usage’ under the ‘More’ tab in the navigation menu.

While the option will only be available for a handful of titles, to begin with, the company says that it is planning to bring more content compressed by the new, efficient codec sooner rather than later. In an official blog post explaining its plans, the company said, “As codec performance improves over time, we plan to expand our AV1 usage to more use cases and are now also working with device and chipset partners to extend this into hardware.”

Explaining the new tech, Netflix said, “Our AV1 support on Android leverages the open-source dav1d decoder built by the VideoLAN, VLC, and FFmpeg communities and sponsored by the Alliance for Open Media. Here, we have optimized dav1d so that it can play Netflix content, which is 10-bit color. In the spirit of making AV1 widely available, we are sponsoring an open-source effort to optimize 10-bit performance further and make these gains available to all.”

While Netflix says that it wants to eventually support the new codec on all platforms, it believes that mobile devices are the best fit for the new technology, given that its compression efficiency will be appreciated by smartphone users with unreliable cellular networks and limited data plans.