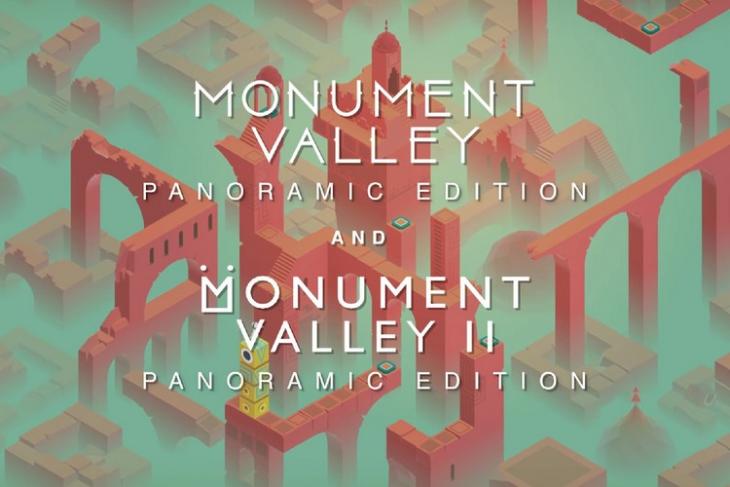 Monument Valley is a mesmerizing puzzle game that is currently limited to mobile platforms. In fact, it is safely one of the best free games that are available for iOS and Android and lets players manipulate environments to solve witty puzzles. Now, citing the popularity of the title, Ustwo, the developing company behind the puzzle games, has decided to bring the entire Monument Valley world to PC. Check out the details below to know more!

Ustwo has confirmed that it will release both Monument Valley and Monument Valley 2 for PC on July 12. Both games will be available on Steam and can be accessed by PC gamers to experience the picturesque puzzlers on a widescreen. You can check out the official teaser trailer of Monument Valley Panoramic Collection attached right below.

Now, porting the Monument Valley series has been a journey for Ustwo’s developers. They say that they had to make some significant adjustments to adopt the widescreen aspect ratio and transition from touch to mouse controls.

In a behind-the-scenes interview, Kirsty Keatch, an Ustwo programmer, said that they wanted PC players to know that their actions “could reveal different levels of interactivity” in the Monument Valley environment. Hence, the team added glowing elements to the daggers and the rotators in the game to make them light up when players hover their mice over them.

Now, coming to the price, Monument Valley and Monument Valley 2 for PC will be available for $7.99 (~Rs 620) each on Steam upon release on July 12. However, if you want to get both of them, get the Monument Valley Panoramic Collection bundle that will offer a 15% discount. You can check out the titles via the corresponding links. Also, let us know your thoughts on them in the comments below.