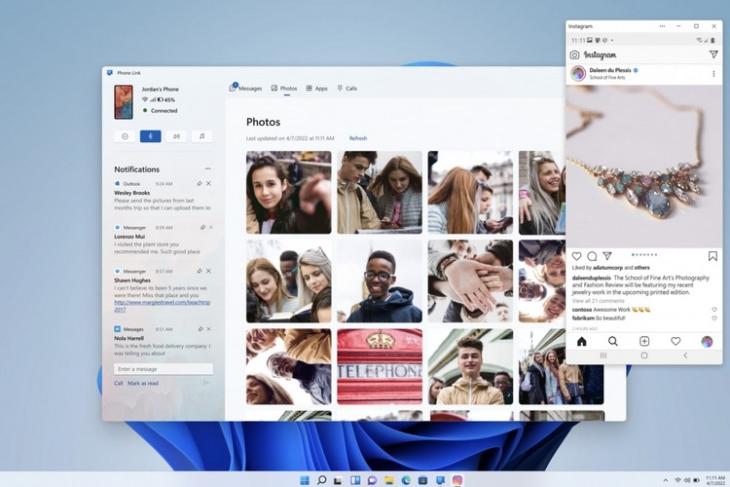 The Microsoft Your Phone app has been around for more than three years. It allows Windows users to connect their Android smartphones to their laptops or PCs with ease. The company has added many new features to the Your Phone app over the course of its existence such as the ability to access Android apps on PCs and more. Now, it seems like it’s time for some overhaul as Microsoft has rebranded the Your Phone app to Phone Link with a new design. Let’s take a look at the details below.

Microsoft Your Phone App Gets a Makeover

Microsoft, via an official blog post, announced the rebranding and the new UI design of the app. So, the Your Phone app in Windows will now be called Phone Link and will come with a brand new user interface, matching Windows 11’s Fluent Design language. It now comes with “rounded corners, fresh illustrations, and updated iconography.“

The updated UI of the Phone Link app makes it look more modern. The company also made some important changes to the app, taking the notifications tab to the left side of the app and adding a navigation bar at the top to access the Messages, Photos, Apps, and Calls.

This way, users can see important phone notifications instantly in the Phone Link app and navigate through the different sections more easily than ever. Additionally, Microsoft has updated the Your Phone Companion app for Android, matching it with the Windows version. It has also been renamed Link to Windows. Both these apps will share the same logo.