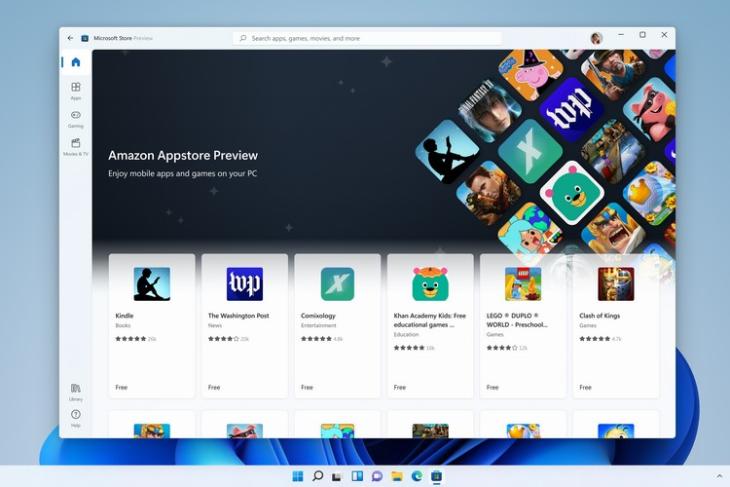 Although Microsoft started rolling out its next-gen desktop OS, Windows 11, to the public earlier this month, it did not enable some of the promised features at launch. Amongst others, support for Android apps on Windows 11 is one such feature that was not available at launch. But now, Microsoft has started rolling out Windows Subsystem for Android to Insiders in the Beta channel, starting from today. However, there are some things you should know before trying out Android apps on your Windows 11 PC.

The Redmond giant announced the rollout via an official blog post recently. Although the feature is currently live for Insiders in the Beta channel, users will require some additional system requirements to actually run the Android apps on their system.

For starters, beta testers would require a system with at least 8GB of RAM, an SSD storage drive, and an 8th-gen Intel Core i3 or AMD Ryzen 3000-series, or Qualcomm Snapdragon 8c processor or higher. Furthermore, users will need to set the region of their PC to the United States and allow access to the Amazon Appstore. Plus, they will also need a US-based Amazon account to access the Appstore.

After complying with the above requirements, users will also need to have virtualization enabled from their system’s BIOS/ UEFI. So, after the requirements are fulfilled, users can download the Windows subsystem for Android from the Microsoft Store (visit link) to see the Amazon Appstore show up in the Windows 11 Start menu.

Now, once the Amazon Appstore has been installed, beta testers will be able to access the available Android apps on the marketplace and download them on their Windows 11 systems. Currently, there are only 50 Android apps available on the Amazon Appstore that include the Kindle app, the Washington Post, Lords Mobile, Clash of Kings, Comixology, and other educational apps for children. However, Microsoft will add more apps for users in the following months.

So, if you are a Windows Insider in the Beta channel and have the necessary hardware components to run the Android apps, you can try them out on your Windows 11 PC right now. Also, let us know about your experience of running Android apps on your Windows machine in the comments below.