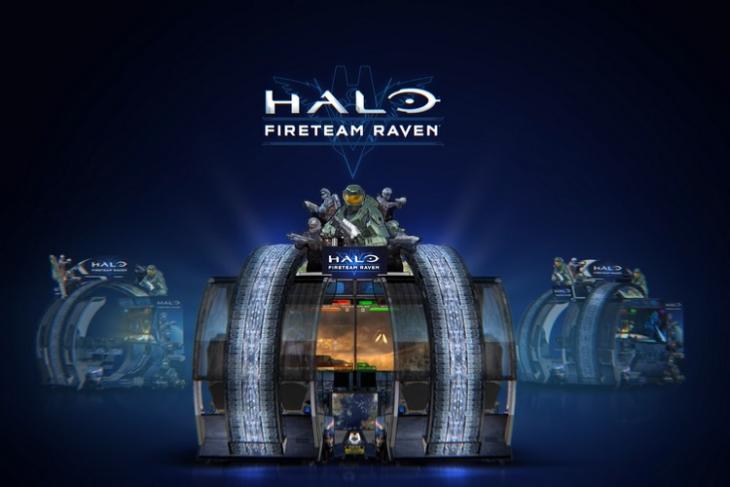 The Halo series of sci-fi FPS games has been the breakout hit for Microsoft’s Xbox platform, and with each new iteration, the company gives gamers yet another reason to jump into the Xbox bandwagon. But the latest addition to the Halo franchise is all about fan-service, as it rises above the console platform and is solely targeted at die-hard gamers who wish to spend long hours in an arcade.

The new Halo series game announced by Microsoft is titled ‘Halo: Fireteam Raven’, and it is a multiplayer, co-operative arcade game that allows up to 4 players to enter the Halo universe and blast their way past enemies to glory.

Developed collaboratively by Raw Thrills, Play Mechanix and 343 Industries, the new arcade game takes place in the same timeline as Halo: Combat Evolved, in which an elite group of soldier fights alongside Master Chief to prevent enemies from getting hold of the Halo superweapon. The game might seem like a fairly ordinary affair i.e a repackaged Halo game for an arcade with multiplayer support, but wait till you read the full story.

Halo: Fireteam Raven is the first Halo game to hit the arcade platform, and the developers have knocked the ball out of the park on the debut itself. The game is housed inside a huge arcade chamber which comes equipped with a massive 130-inch 4K screen for ultra clear visuals, paired with four turret-mounted, machine gun-shaped controllers for navigating, and of course, shooting blasters like there’s no tomorrow.

“Halo: Fireteam Raven is without a doubt, the most spectacular arcade experience we’ve ever made. After years of development, it is now ready. Experience the intensity and live the world of Fireteam Raven. You will never be the same!”, said Raw Thrills CEO, Eugene Jarvis about the game. Halo: Fireteam Raven will arrive exclusively at Dave & Buster’s outlets in the United States and Canada this summer, and will soon be available at outlets of other chains in the fall season later this year.

Halo Infinite Will Not Have Battle Royale, Says Developer 343 Industries