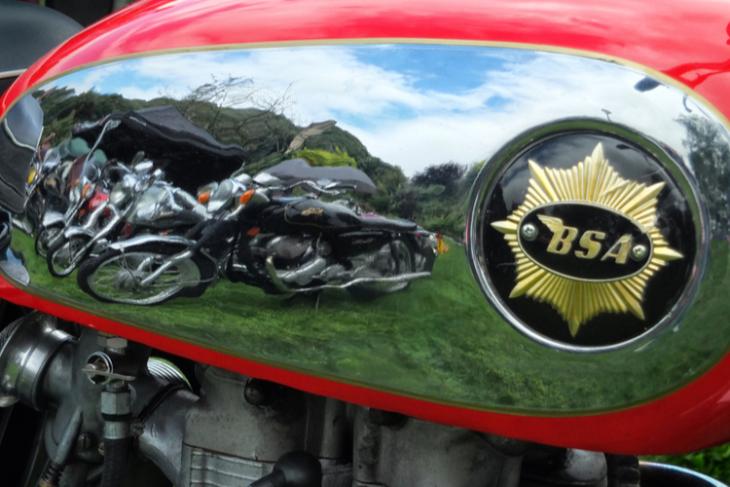 Back in the late 1940s, Birmingham Small Arms Company Limited (BSA) was one of the top motorcycle manufacturers in the world. Due to an unfortunate turn of events though, the UK-based company got defunct and was eventually shut down. Now, an Indian business magnate is planning to revive the brand and launch electric motor bikes under the same name.

According to recent reports, Anand Mahindra, the business tycoon from India who is also the chairperson of the Mahindra Group conglomerate, is planning to resurrect BSA as an electric motorcycle company. And the first electric motorcycle from the company could make its way to the market as soon as next year.

Now, if you are unaware, BSA started way back in 1861 as a gun-making company in UK’s Small Heath, the location where the popular Netflix series Peaky Blinders is set. Over the years, the company transformed into a motorcycle brand, and by the 1950s, BSA became a major name in the motorbike industry. However, by the late 1950s, mismanagement, and lack of technological advancements led to the company’s doom and it eventually stopped operating.

So now, in a recent interview with The Guardian, Mahindra, whose net worth is $1.7 billion, said that he is planning to revive this iconic UK-based motorcycle brand in the coming days. “The UK was the leader in bikes right from the start. That provenance is something that we really want to retain,” he said.

The company will be building a research facility to develop electric motorbike tech to implement in its future bikes. This will be located in Banbury, even though the project head, Anupam Thareja wanted to set it up in Small Heath, from where the company originated.