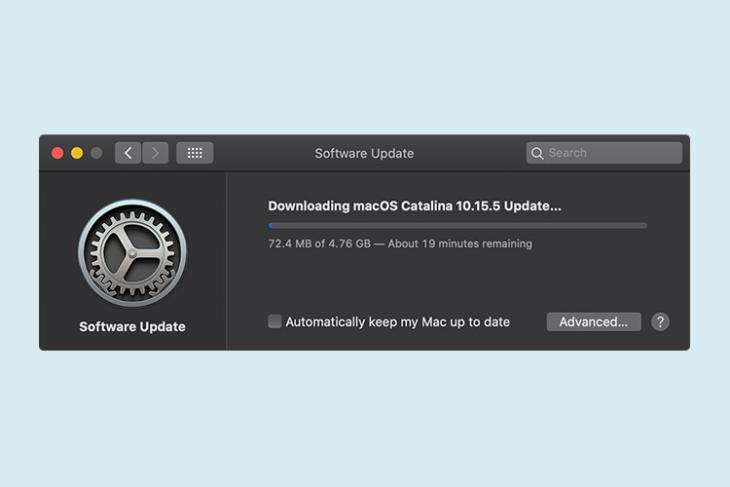 Apple has released the macOS Catalina 10.15.5 update today to all users in the stable channel. The update brings a bunch of tweaks and improvements, including a promise for improved battery life on MacBooks.

The macOS 10.15.5 update brings a new battery health management feature to Apple’s laptops. When enabled, the feature will reduce the peak capacity of your battery down to a level that’s “optimised for your usage”. This way, you will still be able to use your laptop normally while reducing battery wear and tear. While the feature sounds interesting, you can turn the feature off if you want every minute of battery you can get.

The update also brings some other tweaks and improvements. You can now disable automatic resizing of video in group FaceTime calls. The same feature also rolled out to iPhones with the iOS 13.5 update recently. Moreover, the update brings better GPU performance to some Mac models when using hardware acceleration. It also fixes a bug that made the webcam undetectable after using a videoconferencing app.

macOS 10.15.5 is rolling out right now and you should have gotten it on your laptop already. If you haven’t check for updates by going to “System Preferences -> Software Update” on your Mac.

How to Authorize/Deauthorize Mac from iTunes Store in macOS Catalina

How to Hide Apple Music in macOS Catalina on Mac

How to Set Up Parental Control on Mac in macOS Catalina