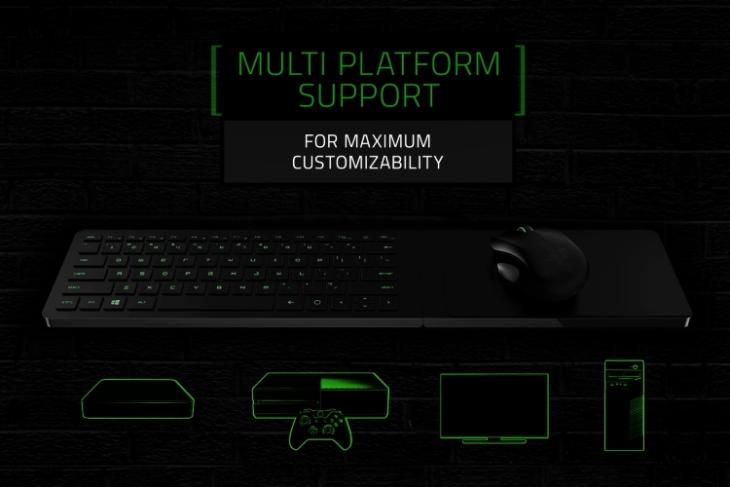 While console gaming might be the preferred choice for many players, there are plenty of games out there that work best with a keyboard and mouse. However, the stability and balanced framerate are just some of the reasons why people still stick to consoles and dedicated controllers for their gaming needs. But what if you could get the best of both worlds? Well, it seems Microsoft might be partnering with one of the best in the gaming peripheral business to make this a possibility.

According to leaked documents received by Windows Central, it seems Microsoft was planning to bring mouse support for the console with the April update of the Xbox dev kit. Furthermore, it contained a presentation in which the company showed off the sofa-friendly Razer Turret keyboard and mouse peripheral in partnership with Razer, who joined Microsoft for the presentation.

The content in the presentation details a Microsoft and Razer partnership to enable Razer Chroma RGB lighting support directly on Xbox in games, showing off how it works today in PC versions of major titles.

Also, one of the major constraints around using a keyboard and mouse with an Xbox One is that the console will support only one pair, and that’s it. On the other hand, the console has support for up to 8 controllers simultaneously.

Furthermore, while the company states that they have plans to allow keyboard and mouse on the gaming console, they also understand the advantage these players would get over normal controller users.

It notes that it’s entirely up to developers on how they want to utilize mouse and keyboard support, emphasizing that the presence of mouse and keyboard can be detected, meaning a developer could potentially lock players to specific playlists based on their inputs to preserve balance between the players, suggesting that there should be separate matchmaking queues for players of both kinds.

Apart from providing the first-party solution to keyboard and mouse, the presentation also went on to show that Microsoft is introducing a new API which developers can leverage to detect (and potentially block) mouse and keyboard accessories that mimic controller inputs unfairly. However, all mice and keyboard currently supported by Windows 10 out-of-the-box will work with the Xbox One, barring those devices that require custom drivers or Bluetooth.

As per the presentation, these features were supposed to arrive in the April 2018 XDK update, targeting a Fall 2018 Windows 10 Update rollout. However, there is no concrete information about whether developers actually received the new update or whether the project is delayed, or worse still, canceled.