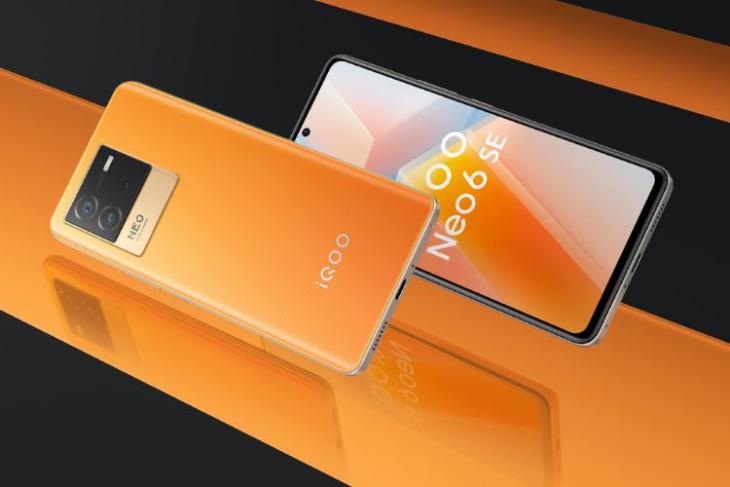 iQOO has added a new member to its Neo lineup with the launch of the iQOO Neo 6 SE in China. This smartphone comes as a toned-down variant of the iQOO Neo 6, which was launched recently with a Snapdragon 8 Gen 1 chipset, 80W fast charging, and more. Here is a look at the details.

The iQOO Neo 6 SE is similar to the Neo 6 and features a big rectangular camera island along with a center-placed punch-hole display. It also retains the signature orange color, along with two other options, namely Interstellar and Neon.

The phone features a 6.62-inch Samsung E4 AMOLED display with HDR10+, a 120Hz refresh rate, and a peak brightness of 1300 nits. It supports a screen resolution of 2400×1080 pixels. This is similar to its high-end counterpart. The difference is in the chipset; the iQOO Neo 6 SE gets a Snapdragon 870 SoC as opposed to the 8 Gen 1 powering the Neo 6. The phone comes equipped with up to 12GB of RAM and 256GB of storage.

On the camera front, there are three rear cameras, including a 64MP main snapper with OIS support, an 8MP ultra-wide lens, and a 2MP portrait camera. The front camera stands at 16MP. Features like the Portrait mode, Dual-view Video, Night mode, slow-motion videos, and more are included.

The iQOO Neo 6 SE gets its fuel from the same 4,700mAh battery present in the Neo 6. And interestingly, it supports 80W fast charging too. It runs OriginOS based on Android 12.

The iQOO Neo 6 SE pre-order will start today and it will be available to buy in China, starting May 11.