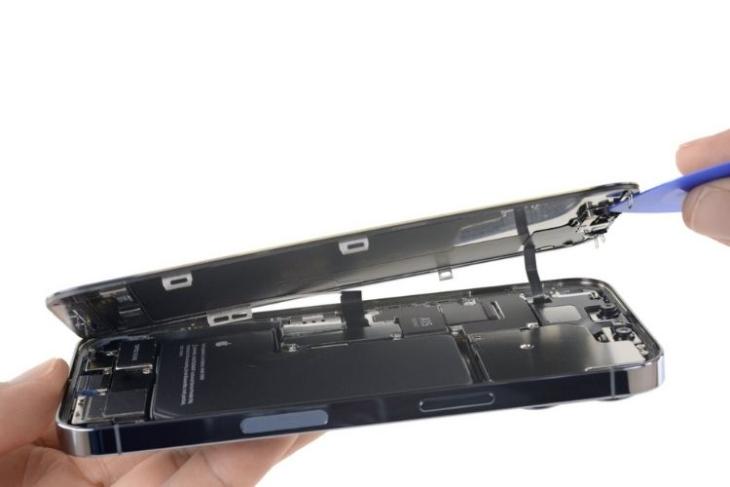 Earlier this month, Apple launched its much-awaited iPhone 13 series at its California Streaming event. Although the company reduced the size of the Face ID notch this year, several consumers, as expected, still mocked the latest iPhone series for its resemblance with the iPhone 12 series. However, a recent iFixit teardown of the iPhone 13 Pro Max reveals that Apple made several small but significant changes to the new models.

The teardown report from iFixit further mentions the changes that enabled Apple to reduce the size of the Face ID notch this year. So, as per the report, Apple has combined the dot projector and flood illuminator sensors of the Face ID system into a single module. Plus, the company moved the earpiece of the device to the top, resulting in a smaller notch.

Coming to the display, according to the report, Apple is using a new version of OLED panels for producing the iPhone 13 models. This new panel reportedly integrates the touch and OLED layers of a display, which in turn, reduces the cost, thickness, and amount of materials for the display.

However, it is worth mentioning that if your iPhone 13 Pro or Pro Max ever requires a display replacement, Face ID will break. Moreover, the teardown of the standard iPhone 13 reveals that if you somehow damage your earpiece speaker of the device, a technician would have to remove the entire logic board to repair it.

So, all in all, although the iPhone 13 series looks similar to the previous-gen models, they pack a lot of new stuff inside. The new iPhone 13 Pro and Pro Max devices come with 120Hz ProMotion displays and upgraded cameras. So, if you are planning to buy one of these in India, check out our story on the iPhone 13 series India pricing to know all about it. And if you want to know how much the iPhone 13 models cost around the world, check out this story.