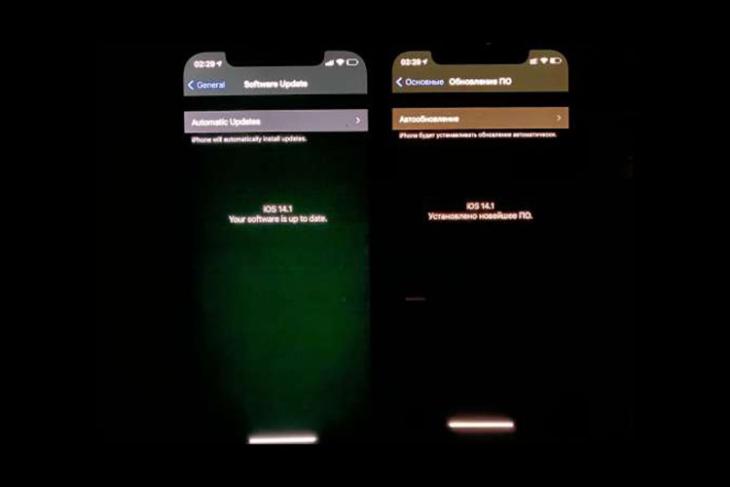 The iPhone 12 Pro Max was recently crowned as having the ‘Best Smartphone Display‘ by DisplayMate. Clearly, the iPhone 12 line-up does have really good displays. However, it turns out multiple units are suffering from some pretty jarring display issues as well.

According to reports popping up all over the internet, including on Apple’s Support Communities, some iPhone 12 units are exhibiting weird display behaviour. This includes flickering screens, as well as a green tint on the screen.

These issues are reportedly cropping up across the iPhone 12 line up when brightness is lower than 90 percent. That means the iPhone 12 mini, iPhone 12, iPhone 12 Pro, and iPhone 12 Pro Max are all susceptible to this issue. Moreover, users are saying that the problems are persisting even on iOS 14.3 beta.

While there seems to be no fix available so far, it does look like Apple is aware of the problem. According to a document that MacRumors got hold of, Apple is telling its technicians to not service iPhones with these display issues. Instead, Apple is asking them to advise customers to keep their software up to date. Hopefully this means that the display issue is something that is fixable with a future software update.

It’s unclear what is causing this issue and why it’s taking so long for Apple to fix it. Hopefully the company will be able to fix the issues with a software update in the near future.