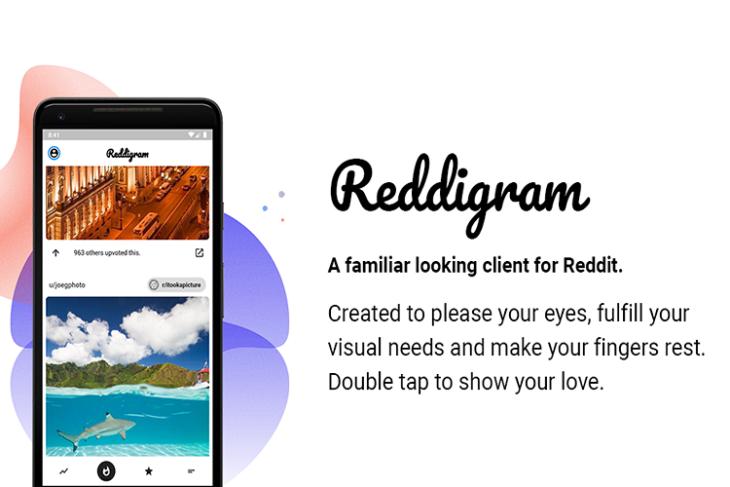 Reddit is a wonderful platform that brings people with similar interests together with a lot of subreddits focused on different topics. However, if you’re in there for the wallpapers and the memes, there is a cool app named Reddigram that you should not miss out on.

As the name hints, the app is designed to replicate an Instagram-like interface. With this Reddit client, you feel right at home if you love the interface of the Instagram app. The app comes with a handful of useful features that we will be discussing further.

My favorite feature of the app and the feature that convinced me to try out the app is indeed the Dark theme. The dark theme follows the AMOLED black color scheme instead of the darkish accents you see on some other apps. 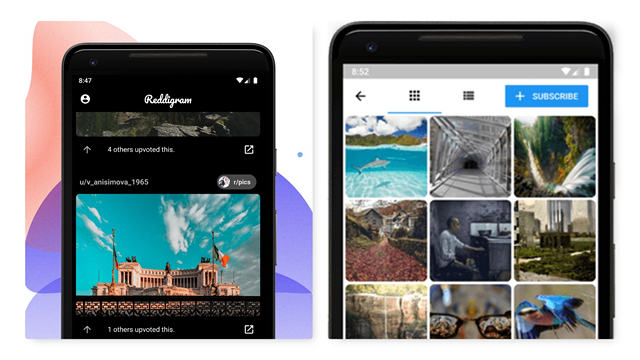 You can browse your favorite subreddits in a grid-style layout or one by one, again resembling Instagram’s design language. There are bottom navigation controls to switch between popular posts, new posts, and trending ones so that you can browse based on what you’re interested in at the moment.

One of the coolest features of Reddigram is that it allows you to upvote images by double-tapping on it. Another feature from Instagram, but hey, everyone loves double-tapping images, right? A downvote button, however, is not present in the app.

In case you’re curious to check the title of an image or go through the comments, you can do so by tapping on the Open in Reddit button present in the right corner of every image. On tapping it, the same post will get opened in your browser or the Reddit app if you have it installed.

While the app works great for scrolling through memes, I hope the developer brings support for post comments or at least an option to view text-based subreddits in a future update. So, what do you think of Reddigram? Let us know in the comments.