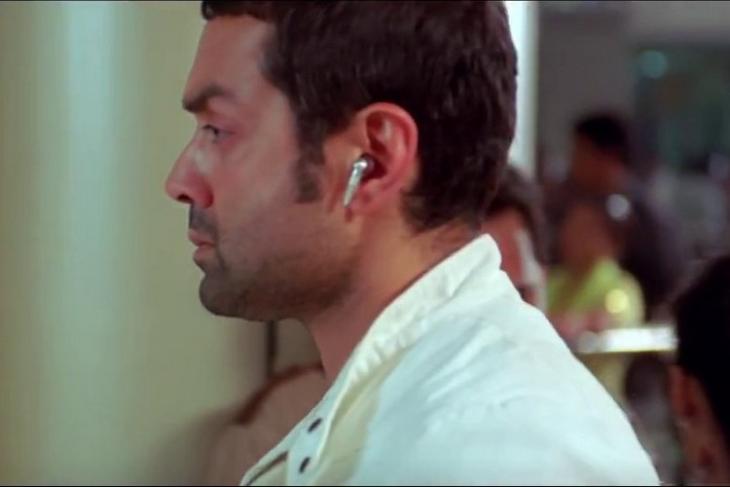 Even though Apple comes up with various innovative products, it is said to take cues from several other brands in the industry. For instance, the company added widget-support in iOS 14 recently, even though they’ve existed on Android for a long time. Now, Indian Bollywood fans are convinced that Apple saw a 2008-movie starring Bobby Deol before coming up with the AirPods!

Now, what made the desi fans and Bobby Deol fanatics get to that conclusion, you ask? Well, it all started after Bobbywood, a troll account on Twitter, shared a tweet (attached below) with a picture of the Indian actor wearing a Bluetooth earpiece in a movie which released back in 2008. The image is from the movie Chamku. It released on August 29 2008 in India and shows Bobby wearing a wireless earbud in one of his ears.

The tweet sent some shockwaves amongst Indian fans and went on to be one of the trending tweets on Twitter. Some fans even raised the question of whether AirPods are actually called “Airbobs” or not. Here, take a look at some of the best reactions:

Seems there’s a big “Research” team to find out all the minute things they can?

Is there anything in the world this man can’t do?

Now, as you might have guessed by now, it is all a joke and Apple did not really watch Chamku before coming up with the AirPods. However, seeing the tweet trending on Twitter and fans sharing hilarious theories about it is a treat for each one of us.