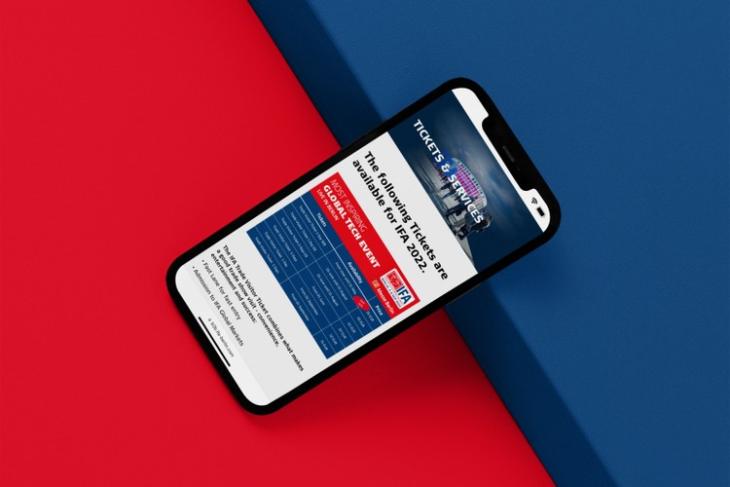 Ever since the COVID-19 pandemic started in early 2020, we saw many global physical events get canceled due to the health risks. Similarly, after taking place as an invite-only event in 2020, IFA, which is one of the largest exhibitions for consumer electronics and home appliances, was canceled last year. However, as promised by the organizers, the event is back after a two-year hiatus, and the tickets for it just went on sale. Check out the details below.

Earlier this year, when Meta unexpectedly canceled its F8 2022 Developer Conference, IFA’s executive director, Jens Heithecker confirmed that IFA Berlin 2022 is a go. It was also revealed that the event will go live on September 2 and will continue till September 6 at Messe Berlin. Now, the tickets for the show just went on sale.

The IFA organizers released an official post on its forum to announce the sale of the tickets. Although the price for the ticket goes up to €97 (~Rs 7,956) for the 5-day event, the IFA organizers have introduced a Super-Early-Bird ticket at just €35 (~Rs 2,870).

However, it is worth mentioning that the €35 ticket is a 1-day ticket and will be available at the said price only until May 31. You can check out the ticket chart attached below to know the prices for the other tickets and visit the ticket-booking website to book your place at IFA 2022.

At the time of announcing the IFA 2022 event, Jens Heithecker, IFA Executive Director, Executive Vice President Messe Berlin Group, in a statement, said, “Now, though, it’s finally time to ‘get real’ and once again organize a full-size trade show at the grounds of Messe Berlin and in a city that is not only the capital of Europe’s largest consumer market but evolved as a European media hub as well.“

The organizers have also revealed that two-thirds of IFA’s top exhibitors have already confirmed their attendance at the event this year. The organizers also say that many exhibitors are planning to return at the same scale as the event was back in 2019, that is before the pandemic.