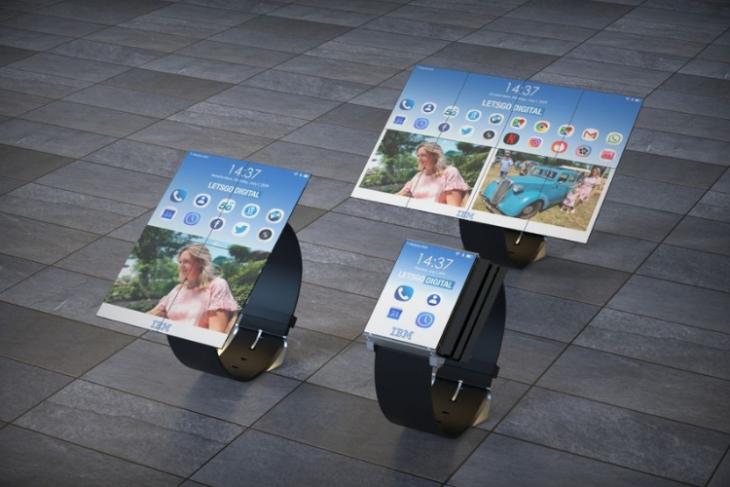 While Samsung is struggling to fix its first-ever foldable smartphone, the Galaxy Fold, to relaunch it for the masses, IBM is going ham with the whole foldables concept. The well-known tech giant seems to be jumping into foldables with high hopes and a passion that shows in their latest concept.

IBM has apparently patented a smartwatch that features a number of foldable screens, which can all unfold and turn the tiny gizmo on your wrist into a full-fledged phone and tablet PC. Sounds ludicrous, right? Well, Lets Go Digital was the first to spot this patent, which was granted in June earlier this year.

Titled ‘Variable display size for an electronic display device,’ this IBM patent focuses on smart wristwatches with a massive and almost bezel-less display – rectangular in shape and resemblant of a miniature smartphone screen. Now comes all the crazy and absurd part of this patent.

The smartwatch screen has seven displays of a similar shape and size stored under the primary display in compartments of their own. Each tiny screen has a dimension of 3×2 inches, with the maximum size being 12×8 inches of screen real-estate with zero bezels. 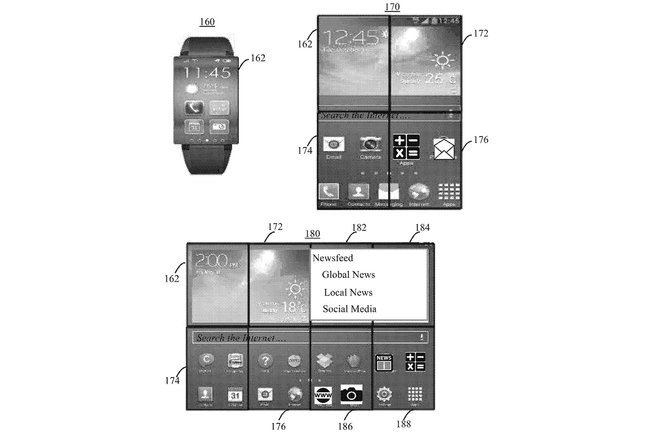 While the patent doesn’t state how these additional displays will pop open and align with the existing screens, IBM is looking at a future where a single smartwatch screen can be extended up to two, four or even eight screens. Does this mean you could either have a couple of different smartphone sizes or turn the watch into a tablet to write some novels straight off your wrist?

IBM has been away from the consumer mobile business for some time, and well, we are skeptical of this wild and crazy concept. This looks like a patent that can only come true about 10-12 years down the road when everyone’s forgotten about what bezels are. So, what are your thoughts on this concept? Too wild or cool? Let us know your thoughts in comments down below.