We have explained multiple ways to shut down or reboot a Raspberry Pi in this article. You can either use the Desktop GUI, Terminal, or even add a physical power button to the RPi board. With that said, let’s dive in and take a look at these methods:

How to Shut Down Raspberry Pi

If you are using Raspberry Pi through the Desktop GUI (say Raspbian OS), shutting down the board is as simple as it can get. 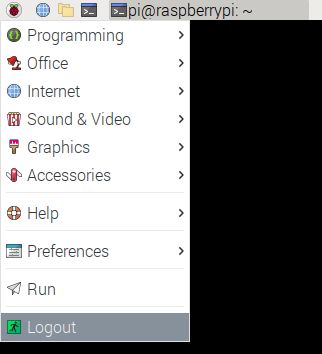 2. Next, click on the “Shutdown” button in the pop-up window, and that’s pretty much it. Your Raspberry Pi will shut down immediately.

1. To begin with, open the Terminal and run any one of the below commands. They will instantly shut down your RPi.

3. For shutting down the Raspberry Pi at a particular time, say at 9:00 PM, you can define the command as under. Remember that the Terminal follows the 24-hour clock system.

If you are an advanced user, you can go ahead and add a physical power button through the GPIO pins on the Raspberry Pi board. You also need to configure the GPIO headers through the Terminal. For a detailed tutorial, head over to this page. Apart from that, if you want a simpler solution, buy a USB Type-C Power Switch cable from Amazon ($7.99) to turn off/ on your Raspberry Pi without any hassles. 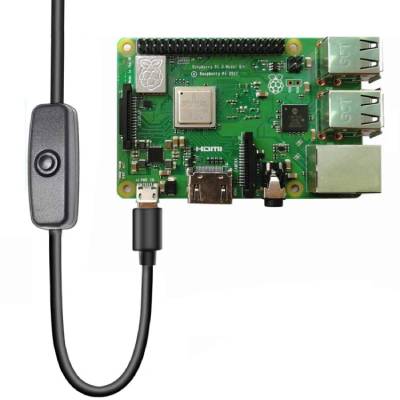 Lastly, if you are too lazy to go through the Terminal or desktop GUI, you can simply disconnect the power cable to shut down your Raspberry Pi. This will turn off the Raspberry Pi instantly, but we advice you to use any of the other methods described above. That said, make sure you save all your work if you prefer to pull the plug.

How to Reboot Raspberry Pi

Similar to the shutdown process, you can reboot your Raspberry Pi from the Desktop GUI environment. The steps are also the same.

1. Open the Raspberry menu from the top-left corner and click on “Logout“.

2. Here, click on “Reboot” in the pop-up window, and the Raspberry Pi will restart right away. 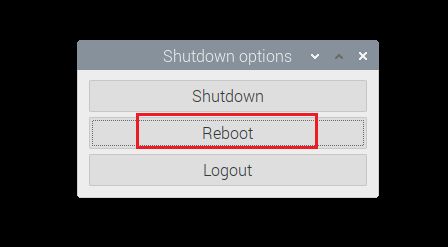 1. To restart Raspberry Pi instantly, fire up the Terminal and run either of the below commands. These commands work via a wired or SSH connection, so you can reboot a Raspberry Pi board remotely as well.

Power Off or Restart Your Raspberry Pi in a Few Easy Steps!

So that is how you can shut down your Raspberry Pi or restart it using the Desktop GUI or Terminal. And if you are good with hardware, adding a power switch through the GPIO header pins on the board could be a good idea. Anyway, that is all from us. To learn more about the best Raspberry Pi commands, follow our linked article. And if you have any questions, comment down below and let us know.