Doing reverse image searches may be a breeze on desktop computers, but doing so on mobile devices need a bit more work. Sure, it’s a bit of an annoyance that you don’t generally get the feature out-of-the-box on your phone, but with some amount of knowledge on how to go about things, looking for information about images and photographs while using a smartphone is a lot easier than you think it is. That being the case, let’s take a look at how to reverse image search on Android smartphones and tablets:

There are plenty of reverse image search apps available for download on the Google Play Store, but CamFind is, by far and wide, the most popular one irrespective of whether you’re using Android or iOS. 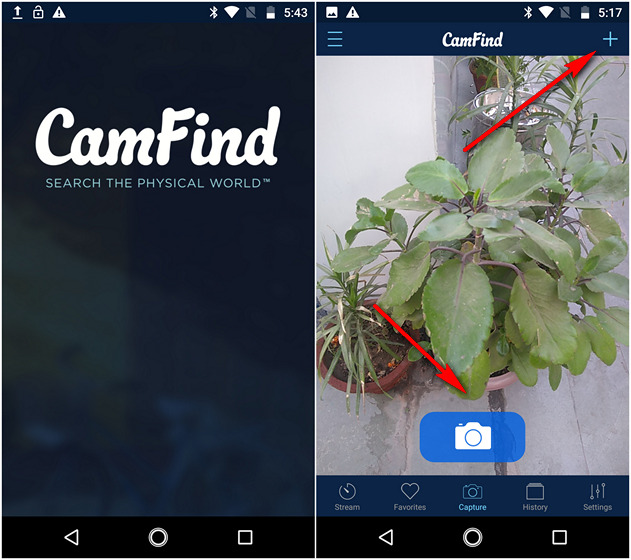 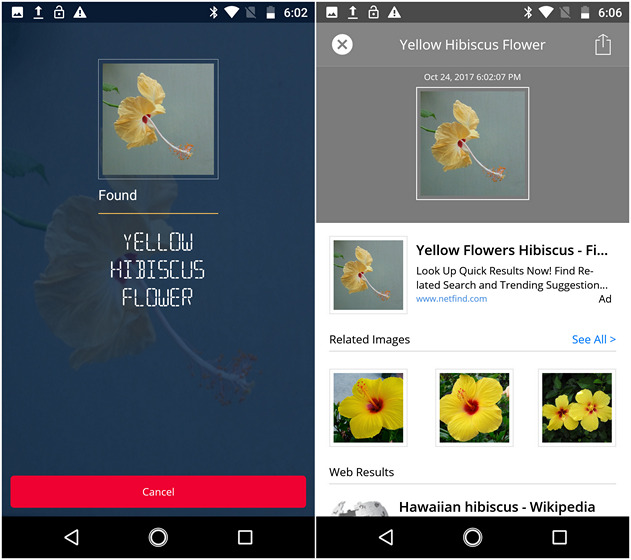 Other Apps to Reverse Image Search on Android

While CamFind is a great app to have on your phone, it uses its own proprietary image recognition API and not Google’s reverse image search results. In case that’s what you’re looking for, you can use another great free app called PictPicks (free) that shows you an array of similar images from Google every time you upload an image to its servers, as you can see in the screenshots below. 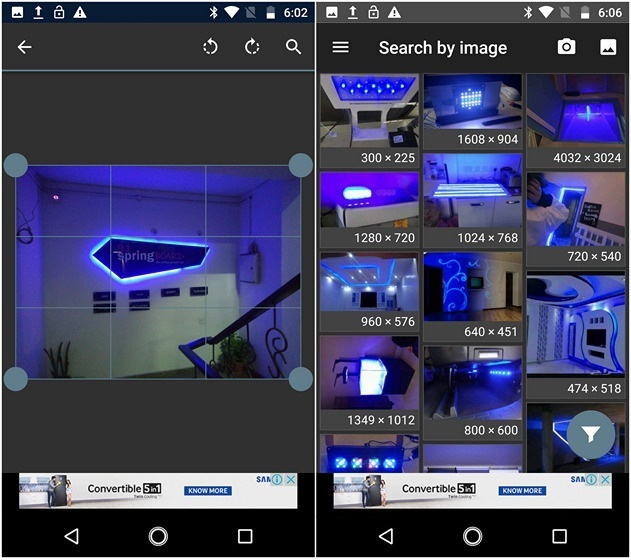 We also tested several other third-party reverse image search apps on Android and iOS just recently, so you can take a look at our detailed article on the subject if you want more options.

Note: If you own a Pixel or Pixel 2 smartphone, you can use the Google Lens feature to reverse image search. Galaxy S8 and Note 8 users can use the Bixby Vision feature to do the same.

Many websites like TinEye (visit website) let you reverse lookup images, but few are as versatile and as popular as Google’s reverse image search engine. While it’s far from perfect, Google’s reverse image search algorithm works better than most others, which shouldn’t really be news to anybody. However, unlike on desktop browsers where you can use the reverse search images just by visiting your local Google domain normally, using the feature on mobile devices requires you to tweak a few settings on your mobile browser. So without further ado, lets see how to reverse search images on Android using Google Chrome:

Note: While we’re using Google Chrome for the tutorial, the process is identical on Firefox as well.

That’s it folks! You can now either upload an image from your Android device or paste an image URL from the net to get more information on the subject from Google.

SEE ALSO: 8 Best Reverse Image Search Apps You Can Use

As you can see, reverse searching for images from Android devices is a pretty simple process irrespective of whether you’re using an app or a mobile browser. So go ahead and give it a try and let us know which method feels more intuitive to you by leaving your thoughts in the comment section below.

How to Reverse Image Search on iPhone

How to Reverse Image Search on Android and iPhone