Pokemon Go has become one of the most popular games out there on mobile devices. It has become bigger than social networks all around the world, and there are still a lot of countries where the game has not even launched officially. If you have not played the game yet, then start playing it by following our beginner’s tips for Pokemon Go.

If you are already playing this exciting game on your mobile device, then you must know how badly it drains your mobile battery. Pokemon Go uses your phone’s GPS chip, camera, CPU/GPU (Just like other 3D games), and since the game is supposed to be played outside, most of the times your brightness is automatically set to Full, which also contributes to the severe battery drain. However, running out of battery juice doesn’t mean that you have to end your ultimate adventure of finding Pokemon because that’s never an option for a real Pokemon trainer. We are going to help you get the most out of your smartphone’s battery and keep hunting for exquisite Pokemon for as long as possible without running out of battery juice. Follow our tips below to save battery life while Playing Pokemon Go.

1. Keep Your Phone’s Brightness in Check 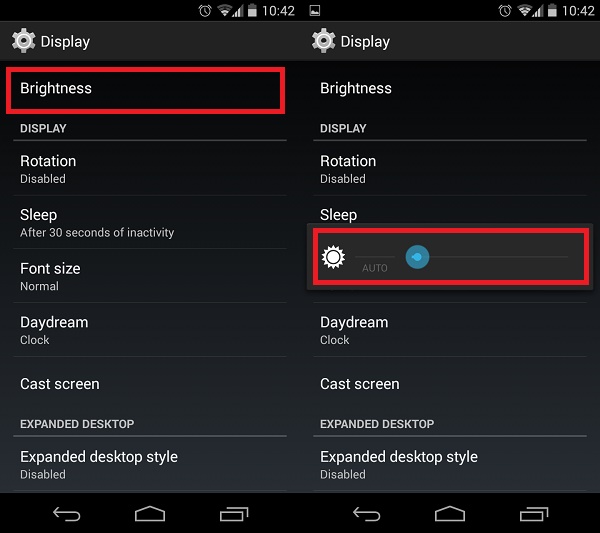 Most phones use Automatic brightness settings which means they lower the brightness indoors and boost it to higher settings when you are outside or in a sunny area. Since Pokemon Go requires you to stay outside most of the time, you can keep your phone’s brightness to an adequate level manually. You cannot completely dim your phone’s brightness during the day because that will make it very difficult to play the game. However, you can bring it down to a level where you can actually see the game. Bringing the brightness settings to a lower level will definitely help prolong your smartphone’s battery life when playing the game. 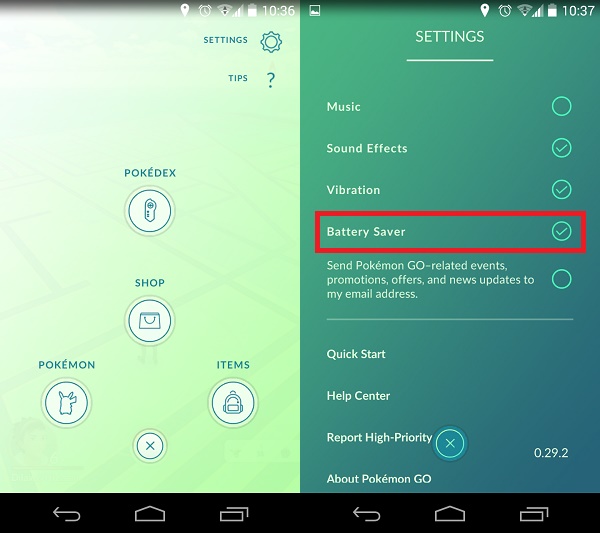 Pokemon Go offers a built-in battery saver mode that reduces battery drain while playing the game. If you are just walking around while holding the phone to your side, then the battery saver will dim the screen to the lowest so it doesn’t consume as much battery as it would with the screen at it’s highest brightness. In the game, tap the Pokeball in the bottom-mid of the screen and select “Settings” at the top-right. Now enable “Battery Saver” by checking it. This will ensure that your battery doesn’t run out when you are just roaming around. You will still get vibration-based notifications for new Pokemon that pop-up around you.

This will only work on smartphone’s with a gyroscope because it works with the positioning of your smartphone. 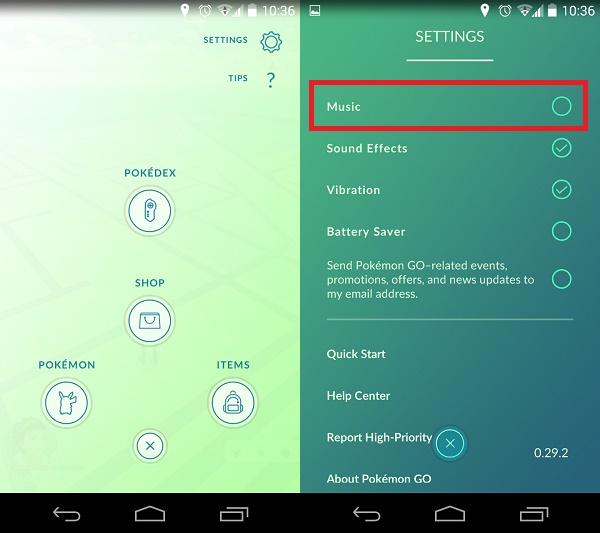 Pokemon Go offers a beautiful soundtrack that will remind people of the main games in the series. However, the music does get repetitive over time and doesn’t even a serve an actual purpose in the gameplay. You don’t need the background music to play this game because all you need are the sound effects only. If you don’t care much about the background music in Pokemon Go, then turn it off in the “Settings” menu. This will also help reduce the battery drain while the game is open and you can enjoy the game for a longer time than before. 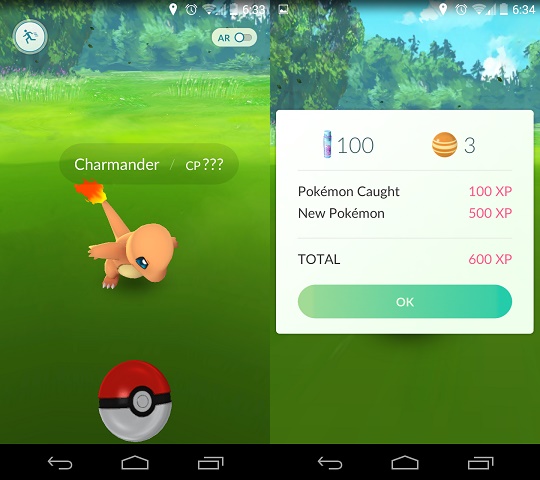 The augmented reality feature in Pokemon Go is definitely cool because it lets you see the Pokemon in your surroundings. You can even take amazing pictures with your favorite Pokemon using the AR feature. However, having your camera ON, the whole time drains your battery very quickly. If you really want to play the game for a long time, then it’s much better to turn off the AR feature completely. You will be able to see the Pokemon, but instead of finding them in your surroundings, they will be available in the game’s graphics which also makes them easier to hit with the Pokeballs. When you encounter a Pokemon, you will see a small “AR” button at the top-right of the screen. Just turn it OFF and you will be able to catch the Pokemon within the virtual world of the game.

What other ways are you using to minimize the battery usage when playing Pokemon Go? Please share your tips in the comment section below.