But it’s also a bit problematic. More often than not, TVs connected to the Intel Compute Stick don’t scale the OS (and other screen elements) on the display properly, resulting in the screen elements getting cropped or misaligned.

Don’t worry folks, as this can be easily corrected. So without further ado, let’s check out how to fix display scaling with Intel Compute Stick. But before we get to that, here’s an important note regarding the same.

Fixing the display scaling issue on TVs connected with the Intel Compute Stick is essentially a “hit-and-trial” process. As such, it differs slightly among the different models and manufacturers of HDMI capable TVs. For our tutorial, we’ve used the Micromax TV.

How to fix display scaling issue with Intel Compute Stick?

Step 1: With the Intel Compute Stick configured and set up to be used with the TV, select HDMI as the source via the TV’s Settings menu. Once this is done, you’ll see Windows 8.1 running on the TV 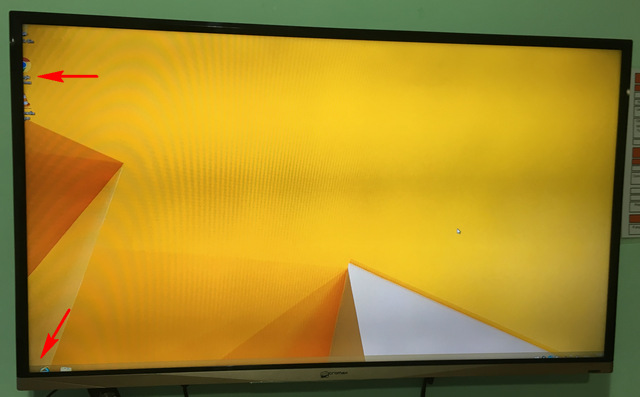 As seen below, the Operating System’s UI elements are not properly scaled to fit on the TV screen, with things like the task bar not showing up on it at all.

Step 2: Now, go to the TV’s Settings > Picture. Under the item Aspect Ratio, you’ll see many options (e.g. 16:9). Select the Panorama option. Refer to the screenshot below: 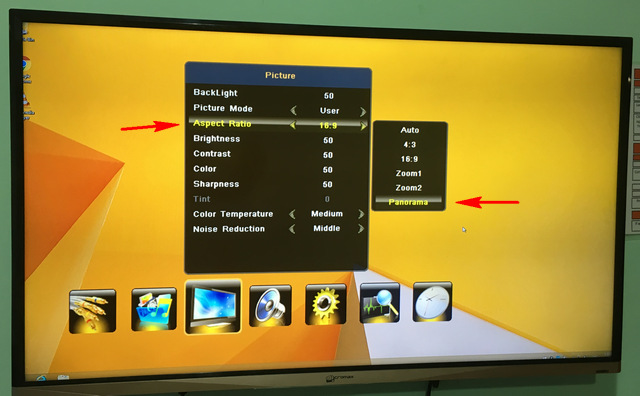 And we’re all set. The TV screen will flicker for a second or two, and you’ll see the entire Windows 8.1 UI perfectly displayed on the screen, sans any cropping or anything else of that sort. Easy, right? However, remember that you’ll have to repeat this thing every time you connect the Compute Stick to the TV, and power it up.

SEE ALSO: What is a Smart TV? Here is Everything You Need to Know

Considering the virtually limitless number of HDMI capable TVs (from hundreds of manufacturers) that the Intel Compute Stick can be used with, it’s obvious to have the UI elements not scaling up properly, at least on some. However, as seen above, a little trial and error is all that’s often needed to make it right. And for us, tweaking the Aspect Ratio did the trick. Try this out, and let us know whether it (or something else) works for you to fix the scaling issue, in the comments below.