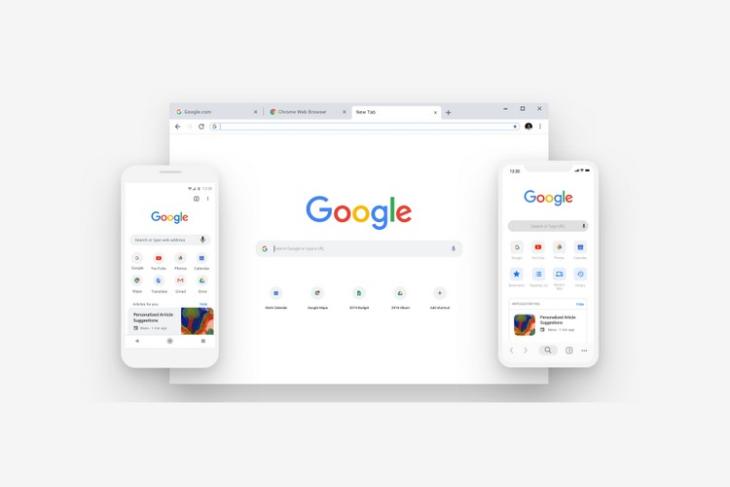 10 years after coming to the scene as a Mozilla Firefox competitor and to take on Microsoft’s Internet Explorer, Google Chrome is the undisputed leader in the web browser market today, by a huge margin. To celebrate the 10th anniversary, the tech giant has now released version 69 of Chrome to the stable channel, bringing a plethora of design changes, new features and other tweaks.

The changes include a fresh new design that adheres to the company’s Material Design 2.0 or Material Theme guidelines, an updated password manager, more accurate autofill, a bunch of developer-oriented changes, and a number of security improvements. The changes are being rolled out as part of Chrome 69 for Windows, macOS, Linux, Android and iOS.

The fresh design includes rounded tabs, new colors and updated icons. Google is incorporating the new design language and updated UI into every area of the browser, including menus, pop-up prompts and even URLs in the address bar. The most noticeable design change are the new rounded tabs that replace the parallelograms. On iOS, the toolbar has been moved to the bottom to match the UI on Android. The company says that the changes will make the tabs easier to see and, will help users who often have a bunch of tabs open in their browser.

As part of its drive to make logins more secure, Chrome now incorporates an updated password manager that can generate ‘strong and unique passwords for every different site’. Chrome will also be able to sync passwords, credit card numbers etc. across computers and mobile phones to make future logins faster and effortless across devices. All the info will be saved to the user’s Google account, and can also be accessed directly from the Chrome toolbar.

‘Omnibox’ is Google-speak for the address bar that doubles-up as the search bar in Chrome, and it can now display ‘Smart Answers’ to search queries directly without having to open a new tab. With the new update, the company says users will be able to get results on public figures or sporting events, to instant answers like the local weather via weather.com or even translations of foreign words. In the near future, it’ll also return results from the users’ Google Drive files, says Google.

Users will now be able create and manage shortcuts to their favorite websites directly from the new tab page by simply opening a new tab and adding a shortcut for the URL. The new tab background is now also customizable with any image of the user’s choosing.

The latest version of Chrome comes with a number of changes under the hood, including a built-in ad-blocker, default HTTPs, ‘site isolation’ for enhanced security and AR/VR browsing etc. Users on the Chrome beta channel will already be familiar with some of the new features, given that many of the changes were already rolled out with the beta version of the software last month.