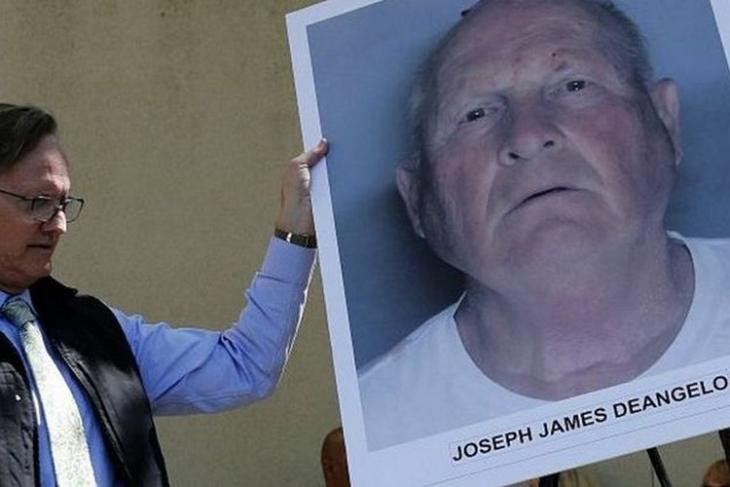 According to the Sacramento County District Attorney’s Office, 72-year old Joseph James DeAngelo Jr aka Golden State Killer,  a retired policeman accused of killing a dozen people and raping dozens more in the 1970s and 80s, was finally caught Thursday after an unidentified relative submitted their DNA to an unnamed genealogy website.

According to the BBC, DeAngelo has been charged with eight counts of murder, and is due to make his first court appearance in Sacramento on Friday. It isn’t immediately clear which genealogy website is being referenced by the law enforcement agencies, seeing as two of the most prominent ones, Ancestry.com and 23andMe, are denying handing over any data to the police, according to AP.

The Golden State Killer unleashed his reign of terror across several locations in California, and in known variously as the East Area Rapist, Original Night Stalker and the Diamond Knot Killer. In all his different avatars, DeAngelo is believed to have carried out 12 murders, 51 rapes and more than 120 burglaries as part of his reign of terror that extended to several towns across the Golden State and spanned the better part of two decades.

According to the Los Angeles Times, the investigating officials always suspected that the killer was in the law enforcement at some stage of his life. In fact, “It was a lot more than a hunch”, said Wendell Phillips, a former Sacramento sheriff’s deputy who was part of a team searching for East Area Rapist. According to him, “There was no doubt he was either military or law enforcement or both”.

Scientists Say Human Clones Not Their Goal, After Cloning Monkeys For The First Time