It seems that after the launch of Motorola Moto E, everybody wants to launch a device with a price mark of 6,500 INR approximately. Many of the readers have been asking us about the best choice in this price range and our answer has been Moto E in most of the cases but if somebody emphasizes over the camera, then we direct them towards the Micromax Unite 2. It seems that we have one more equally competitive smartphone by the name of Gionee Pioneer P2S. 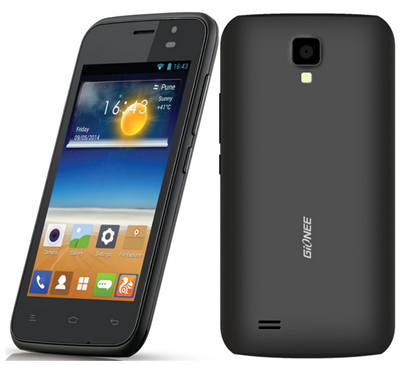 Gionee Pioneer P2S has a display of 4 Inches with the resolution of 400 x 800 pixels, which states that its pixel density is lesser than that of Micromax Unite 2 and Motorola Moto E. The Processor used in this case is a Dual Core Processor operating at 1.3 GHz accompanied by Mali 400 GPU, its performance is also supported by 512 MB of RAM which is lesser as compared to Moto E but the better processor of Gionee Pioneer P2S fills this gap.

The primary camera embedded on this device is also same as in case of Moto E and Unite 2, i.e. 5 MP but there is no information about the availability of auto-focus feature with this camera. The front facing camera is of 0.3 MP which will be used for video calling. The battery strength of this device is 1600 mAh which is pretty low as compared to that of its other competitors (Motorola Moto E and Micromax Unite 2).

Moreover, you will be getting Jellybean pre-installed on this device and as of now there is no information about its upgrade. The device will be available at the price of 6,499 INR and it has already been launched but it will be available in the stores after few days.

You can visit Gionee Pioneer P2S official product page and subscribe there to know about its availability.

The specifications of this device are decent but it has got really less chance to stand against Micromax Unite 2 and Motorola Moto E. Both of its competitors have got little better specification and moreover their brand value is also better then Gionee in Indian Android Smartphone market.

That will be all about Gionee Pioneer P2S, please let us know if you would like to know anything more about this device. Stay Tuned for the next post.