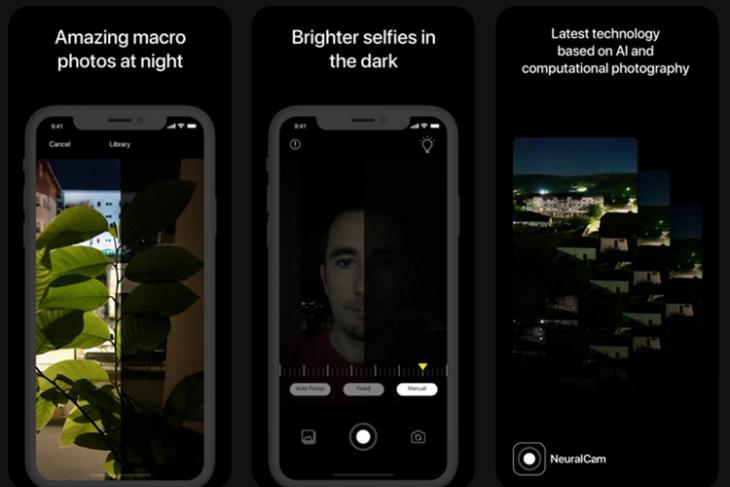 Google took a huge leap ahead and crushed all its competitors when it launched the ambitious Night Sight feature last year along with the Pixel 3. Night Sight feature is one of those rare features iOS users envy about Android and I don’t blame them. It is actually good when it comes to taking some neat shots in the dark. While Apple doesn’t have any low-light or night mode baked into its iOS camera app, a third-party developer has come up with an app named NeuralCam that almost bridges the gap.

The app captures multiple frames and uses its proprietary image processing algorithms powered by machine learning to merge the frames to produce a single visually pleasing image. Well, in simple words, it takes an HDR mode approach for capturing images.

Yes, you guessed that right. Capturing multiple frames doesn’t happen magically and takes about 4 seconds during which you’re supposed to keep your phone steady. Once the image is captured, it takes a few more seconds to process the frames and produce the output image. After taking a look at the images it produced, I must tell you, I’m totally impressed by the amount of difference the final outputs made when I tried capturing images simultaneously with the default camera app in iOS and NeuralCam.

To keep the comparison fairer, we took sample shots from the same locations in Pixel’s Gcam in normal mode and Gcam’s Night Sight which is now considered as an industry-standard for low-light smartphone photography as well to compare how the images shot on NeuralCam stacks up against Pixel’s famous Night Sight. We ran the tests on an iPhone XR running iOS 12.3.1. It is worth noting that the app could take only 7MP images (3088×2320) while iOS cam shot 12MP images at 4032×3024 resolution. Take a look at few of the sample shots below.

Note: All the photos were shot in the Auto-Focus mode of NeuralCam app to keep the comparison fair. You also have two more camera focus settings named “Mid-range”, and “Manual” if you would like to take more control over focusing the subject you’re trying to capture.

From the images, it is evident that the app straight up blew away the shots taken on the default iOS camera which just couldn’t manage to capture and bring in details to the images.

The real comparison is with the images shot with Pixel’s Night Sight and NeuralCam. After playing around with the app and taking a lot of sample shots in low-light and poorly lit environments, I can confirm that the app is not ready to overshadow Pixel’s Night Sight, at least not yet.

The images shot on Night Sight mode still manages to capture a lot more details and light into the images which in turn made the images look more visually pleasing while preserving the beauty and aesthetics of the subject without much compromise.

However, you won’t go wrong with the app if you’re looking for an app that could take better “social media worthy” low-light shots than the camera that comes baked in with iOS.

The app is available in the iOS App Store for iPhone 6 & above and it is priced at $3 (Rs.249) which I personally feel is totally worth your money considering the image output produced by the app. You don’t have to be bothered about privacy too since the app does all the processing in your device instead of sending it to some sketchy cloud server.

Check-out the app from the link given below and let us know your thoughts in the comments.