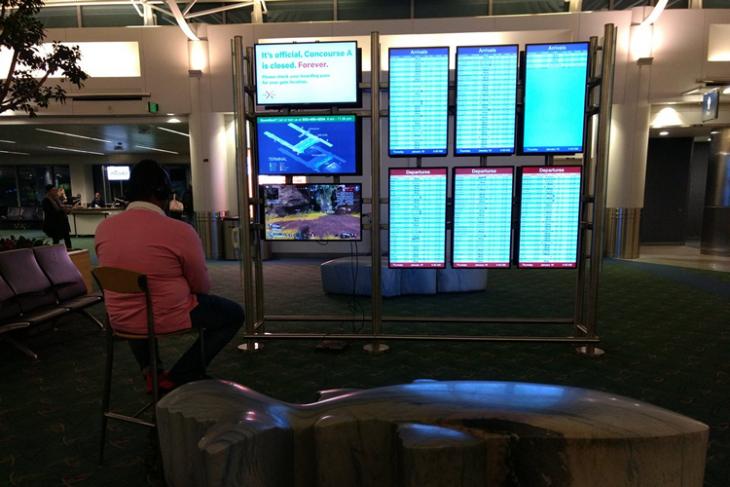 Waiting for hours at the airport can be really boring and frustrating. To cope up with boredom, a man reportedly took over one of the monitors at an airport to play Apex Legends.

The incident took place at Portland International Airport. The man plugged his PS4 into an airport monitor that’s supposed to display the airport map and started playing the game. One of the fellow passengers spotted the gamer and took to Twitter to share the incident. Take a look at the tweet below.

This guy has his video game plugged into one of the airport monitors.
Seen yesterday at @flypdx. pic.twitter.com/9bTqc9i2Ya

His entertainment, unfortunately, did not last long. One of the officials spotted the incident and asked him to stop. “That is obviously something that we don’t want to have happened because travelers need the information that we are putting on the screens for them”, Port of Portland spokesperson Kama Simonds told KXL News.

The gamer was “very kindly” asked to unplug his console and stop using the airport monitors. In return, the gamer “very politely” requested if he could finish his current game, just to be denied and disappointed.

“Apparently, it was a very polite and cordial interaction,” said Simonds and called the incident a “good reminder of what not to do at the airport”. I’m actually glad and surprised at the same time that they didn’t penalize the gamer for this incident.

If you’re someone who is not into smartphone gaming and you often find yourself in desperate need of gaming at public places, I would suggest you to consider getting something like a Nintendo Switch.