At its Galaxy Unpacked event last month, Samsung unveiled its brand new flagships for 2020 — the Galaxy S20 series. While the smartphones understandably hogged the limelight (what with the 108MP primary camera, and 100X Space Zoom features on the S20 Ultra), the South Korean giant also launched the new Galaxy Buds+ which are supposed to be an improvement over the regular Galaxy Buds that were launched alongside the Galaxy S10 back in 2019.

I had bought the Galaxy S10 when it launched in India, and I got myself the Galaxy Buds as well, and honestly, I really liked them even though they had their flaws. So, when Rupesh got back from San Francisco with the new Buds+ in his bag, I was quick to take them off his hands to try them out for myself, and see how they worked out.

Right out the box, it’s obvious that these are an iterative update to last year’s Galaxy Buds. It’s right there in the name, and once you unbox these earbuds, it pretty much throws that in your face. The case is almost exactly the same as the one for the Galaxy Buds, except it now has a glossy look which some people prefer, but I really like the matte finish of the original Galaxy Buds. 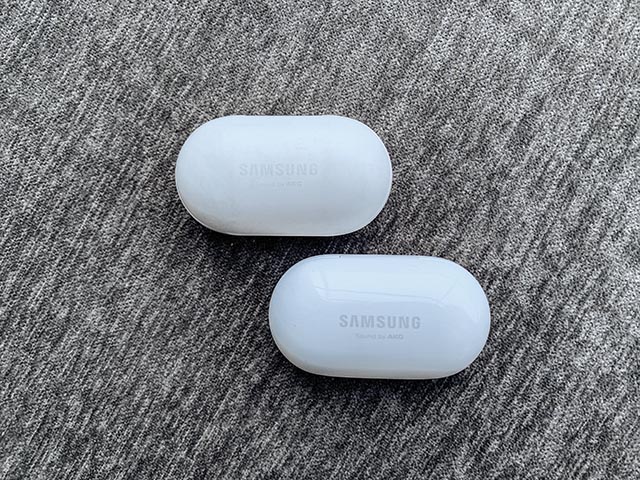 Inside too, the Galaxy Buds+ look almost the same as the older ones, including the arrangement of the sensors, but again, these are glossier than the Galaxy Buds from last year.

None of that is a bad thing by any means, and I’m not complaining. People really appreciated the design, the build, and the fit of the original Galaxy Buds, so it makes sense for Samsung to stick to its guns and just improve what it can improve. 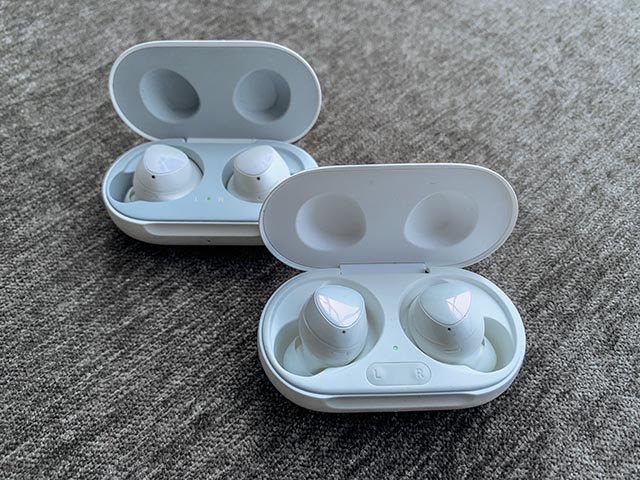 “Why fix what isn’t broken” is likely the mantra behind the design for the Galaxy Buds+ and that’s perfectly alright. 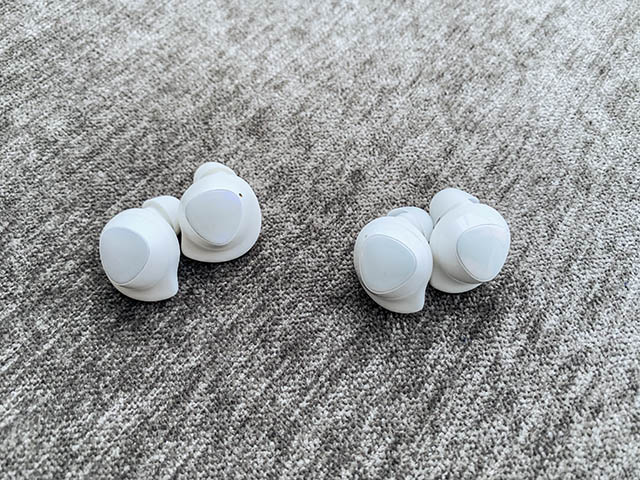 I’m gonna be honest, as much as I love using my AirPods Pro as my daily drivers (because they’re just too seamless with the Apple ecosystem, and they have noise cancellation), I’ve so far not heard any pair of truly wireless earbuds that beat the Galaxy Buds I got with the S10 last year. Which is why I was kind of skeptical about Samsung’s claims with the Buds+. How much can you really improve something if it’s already really good, right? 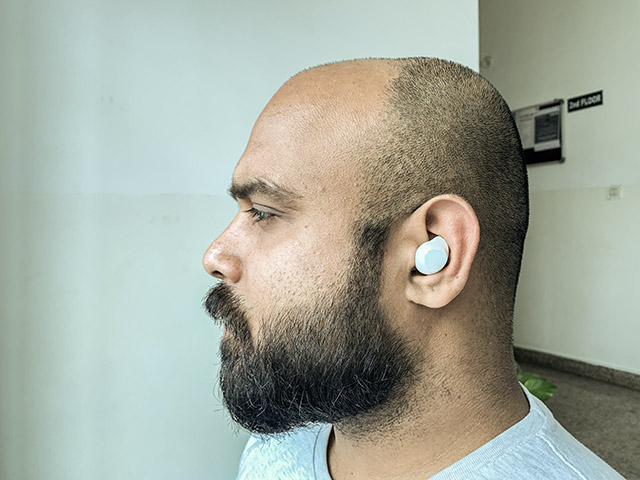 To my pleasant surprise though, Samsung wasn’t just hyping these earbuds up when it said all those things about better sound quality. The audio quality from the Galaxy Buds+ is a massive improvement over the Galaxy Buds, and that is saying something.

The Buds+ just sound cleaner, with deeper bass while still not muting the highs or the mids. They are also considerably louder than the Galaxy Buds, which is good for anyone who likes to listen to really loud music blasting right into their ear-canal.

This Battery is Goooood

Okay, the one thing I felt Samsung should improve when I was using the Galaxy Buds was the battery life. It’s not that the battery life was terrible, and most of the time I didn’t really face any battery issues because I kept randomly charging the case through the day, so the buds were almost always charged when I wanted to use them. Still, a 6-hour play-time on a charge which goes up to 13 hours with the case isn’t the best.

Here too, Samsung truly delivers. The company claims a battery life of 11 hours on the Galaxy Buds+ on a single charge, which can be extended to 22 hours with the case — that’s good. It’s great. 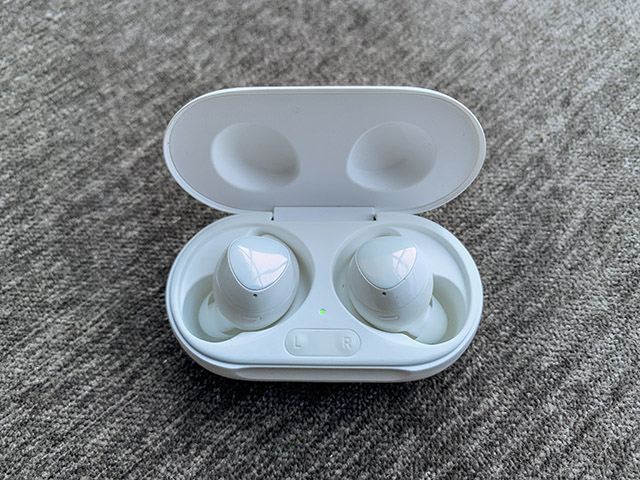 It’s also surprising, because I don’t know where that bigger battery is going, because the Galaxy Buds+ are the exact same dimensions as the older Galaxy Buds, and just about 0.7 grams heavier. However Samsung managed to do this, I just want to tell them that they’ve done a good job with the battery.

Where are the New Features, Samsung?

In terms of features, the Galaxy Buds+ kind of feel like Samsung didn’t really take any steps forward. The Buds+ bring the same tap-gestures with a single tap to play/pause, double tap to skip forward, and triple tap to skip back, along with a long-press action that can launch the assistant on your phone. All of that is the same for the Galaxy Buds.

Similar to the original Galaxy Buds, the Buds+ also bring wear-detection, so music playback pauses automatically if you take out the earbuds from your ears. However, I often found the Galaxy Buds were faster than the Buds+ in pausing playback when removed from the ears — weird, but not a deal breaker. 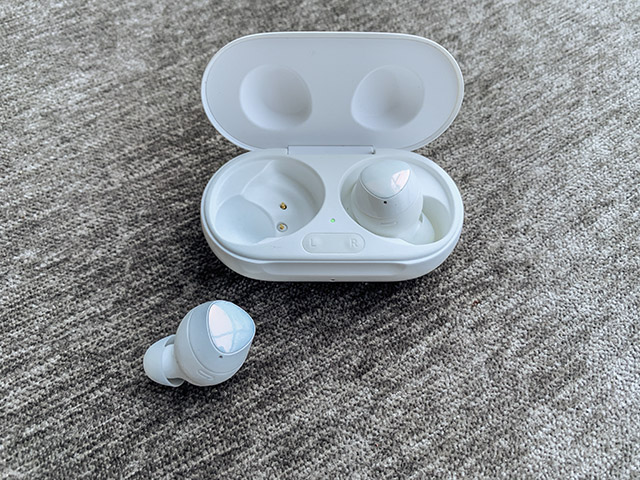 What I don’t understand is the lack of active noise cancellation. Sure, the silicone earbuds on the Buds+ block noise quite effectively anyway, but it doesn’t come close to having ANC on a pair of earphones. Maybe Samsung chose to not include that because of space constraints, or maybe they weren’t ready to the take the battery life hit that noise cancellation would cause, the bottom line is that the feature isn’t available on the Buds+ and that makes me sad.

Lacking in Comfort and Ease of Use

Truly wireless earbuds are hard to get right. That much is obvious to me now that I’ve used a lot of truly wireless earbuds across price ranges. Making things that fit in your ear without falling while also ensuring they have enough battery without being way too heavy is difficult for sure, but if there’s any other company apart from Apple that I would trust to somehow figure this out, it’s Samsung, and they have failed.

Look, the Galaxy Buds weren’t the most comfortable pair of earbuds to begin with, and the Buds+ do absolutely nothing to fix that problem. In my experience using the Galaxy Buds and the Buds+ I have constantly had to remove them from my ear because it started hurting way too much. That’s an experience shared by Rupesh as well, so it’s definitely not just me who has this issue. 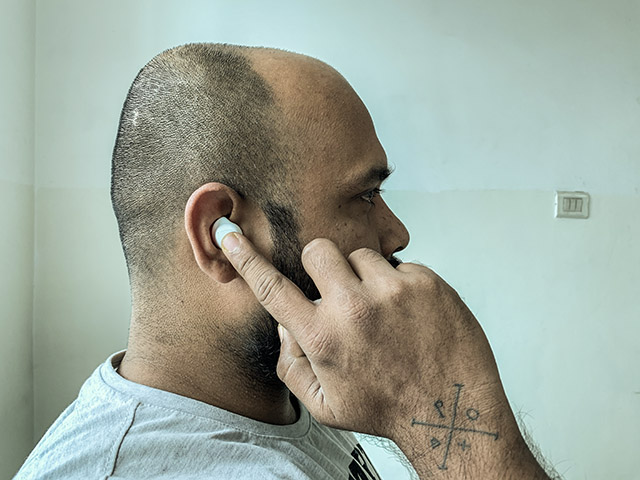 What’s more, and this is something Rupesh pointed out to me, is that taking the earbuds out of the ears (or putting them back in) can be frustrating because the touch pad on the earbuds always gets in the way, so you end up inadvertently tapping it and playing or pausing music, or worse, hanging up on someone you’re really not supposed to hang up on. Cue catastrophe music in the background.

The Galaxy Buds+ Are Great, but They Are Not Good Enough

So yes, Samsung did a bang-up job with the Galaxy Buds+ in areas that Samsung thought it needed to improve. The audio quality is great, it’s one of the best out there, the design is functional and fine, and even the new finish is something a lot of people like. However, Samsung really dropped the ball when it came to adding features like active noise cancellation, or more importantly, making sure the earbuds wouldn’t make your ears hurt within an hour of use.

I’m definitely impressed with what Samsung has done with the Buds+. These are (relatively) tiny earbuds that pack in a huge battery, great audio drivers, and a couple of sensors to round everything up. However, Samsung needs to make these more comfortable to wear, easier to remove from the ear, and maybe add ANC to the mix.

So if you’re wondering whether or not you should get the Buds+, I’m going to break it down for you in three different ways:

However, there is one thing you need to consider. If you’re pre-ordering the Galaxy S20, you can get the Buds+ for just Rs. 2,000 and I mean, just get them in that case, okay?