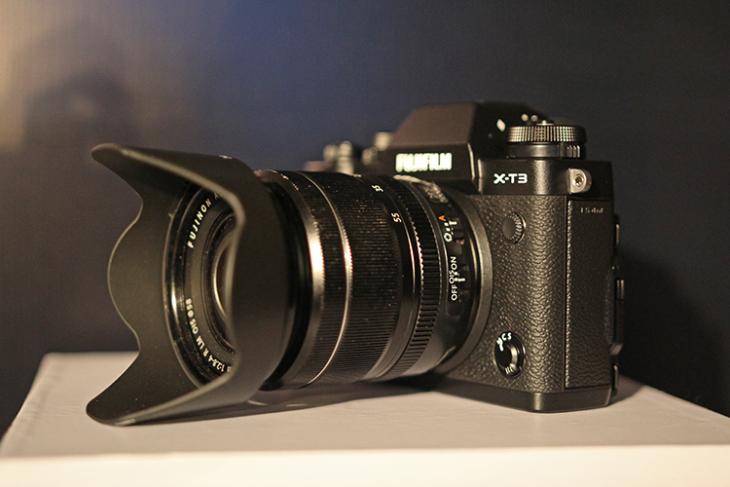 Following Nikon’s suit, imaging giant Fujifilm has also released a mirrorless camera in India. The Fujifilm X-T3 comes as an upgrade to the X-T2 which has been immensely popular and upgraded over time, thanks to timely firmware updates. Now, the new X-T3 comes with better image processing capabilities and the goodness of 4K video at 60p.

From its attire, the Fujifilm X-T3 appears to be an ideal choice for experienced photography enthusiasts as well as vloggers or YouTubers. I was able to spend some time with the Fujifilm X-T3 at the launch event and here are our first impressions along with some camera samples. 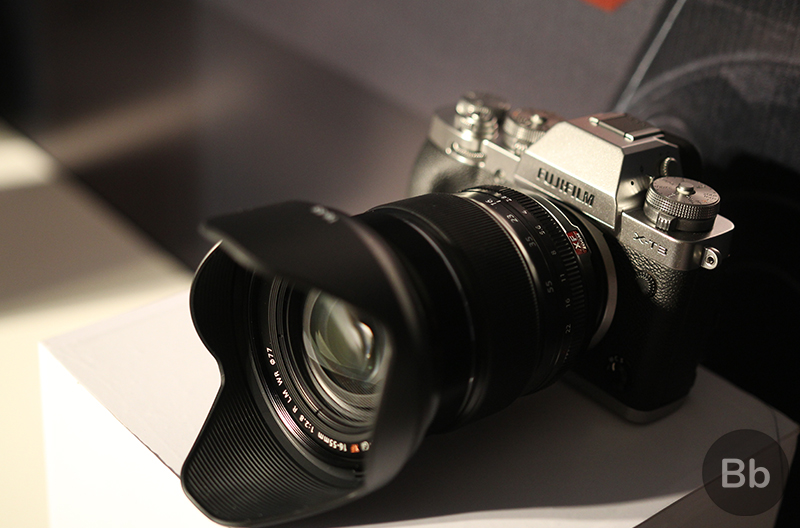 So, following are my initial impressions about the X-T3 but these are after only a short trial period and you’ll have to wait for our full review for an in-depth analysis.

Constructed on the lines of X-T2, the Fujifilm X-T3 is only slightly bigger than its predecessor, but you’ll certainly be left feeling nostalgic. The camera feels solid and compact, and will assist you in going out of your comfort zone to click the perfect shots. 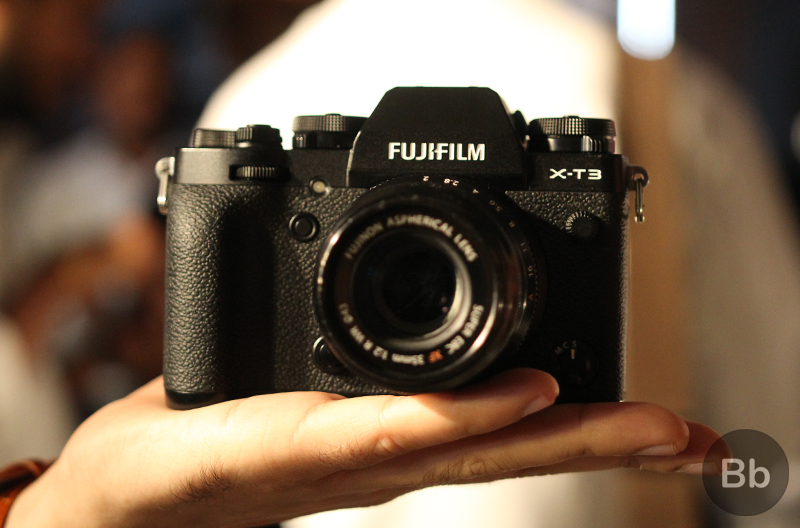 Like all other Fujifilm cameras, the body is crammed with a lot of buttons and switches, making usability a bit challenging, especially if you’re new to Fujifilm cameras. There are dedicated dials for ISO, aperture, shutter speed along with command dials on both the front and the back. 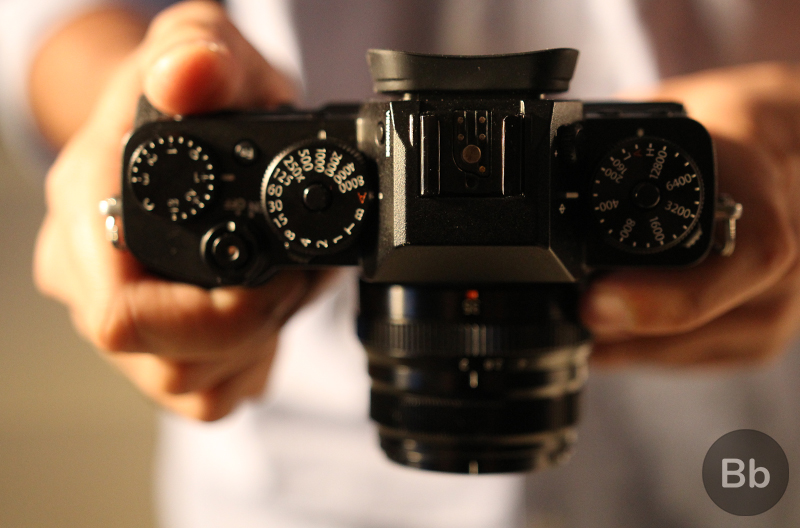 You also get two function buttons, one on the top and the other on the front of the Fujifilm X-T3 as well as a dedicated dial for diopter adjustment. Once you get used to the placement of the buttons, the camera feels very fits very comfortably in the hand and while there’s a vertical grip mount which also adds extra battery life, you don’t really need it while pushing the limits of your photography. 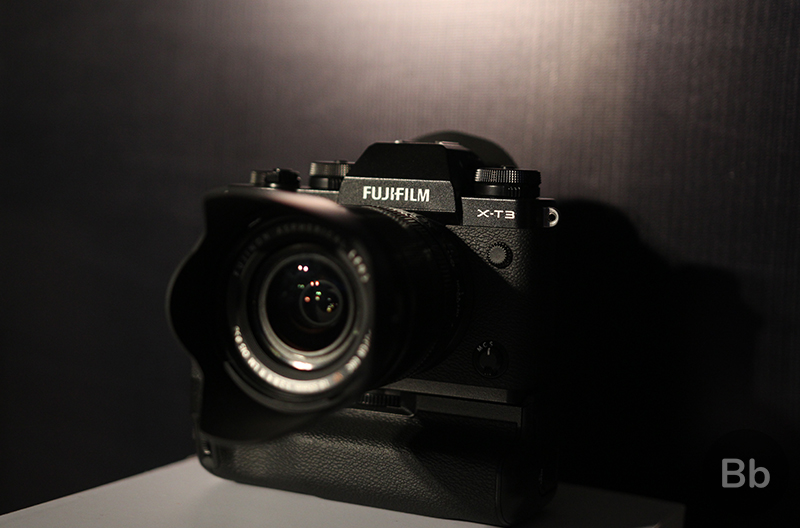 The X-T3 is compatible with all of the lenses in the X-series. A noticeable upgrade over the predecessor is its new LCD touch display. Above it, there’s an OLED electronic viewfinder. The display can be pulled outwards and tilted sideways to take better control while capturing portrait shots. 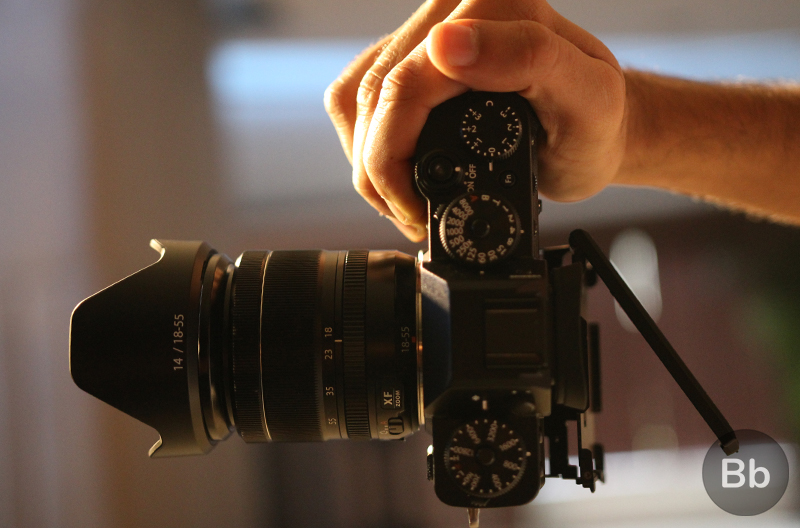 The shutter button is very tactile but you might take a while getting used to the electronic shutter which requires a light press to activate. The Fujifilm X-T3 can click burst shots at the rate of 11fps which is incredible considering its price and placement in the market.

While the main attraction of the Fujifilm X-T3 for most users will be its 4K videography at 60fps, the mirrorless camera does an appreciable job at clicking pictures with close-to-original colors. Using the X-T3 along with the 18-55mm kit lens, we were able to shoot images in a dimly lit room with great clarity. 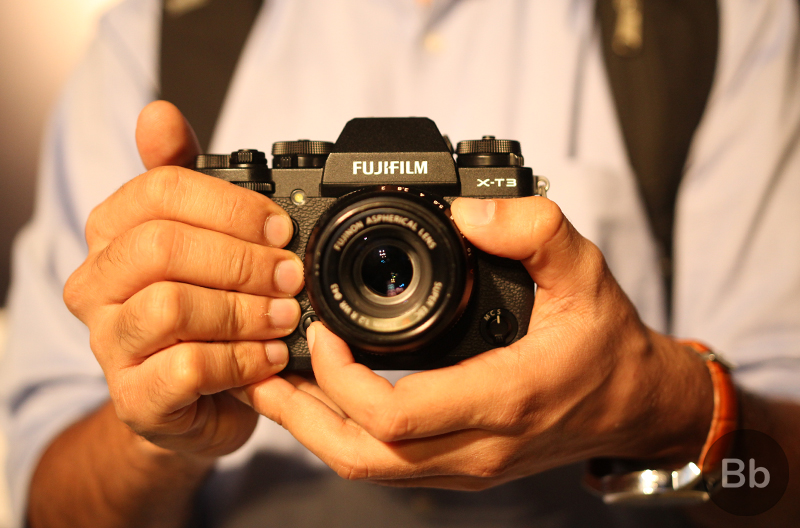 Due to the new processor, there’s a noticeable amount of post-processing and the most visible effect is the reduction in the pixel noise, which otherwise easily creeps in low lighting. We managed to take a few shots with the Fujifilm X-T3 for a quick survey of its abilities, but don’t take them as the final word yet.

Here are some of the samples: 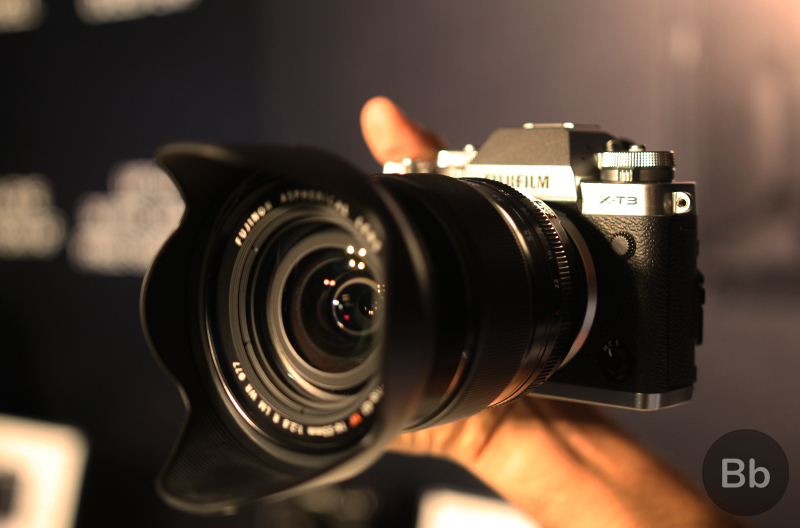 The X-T3 lands in the market in mid-October for a starting price of Rs 1,17,999 for only the body, while it will be priced at Rs 1,49,999 when sold along with the standard 18-55mm kit lens. Fujifilm X-T3 can initially be bought only at offline stores and we’ll update you when we learn about Fujifilm’s plans to bring the camera to online marketplaces such as Amazon.