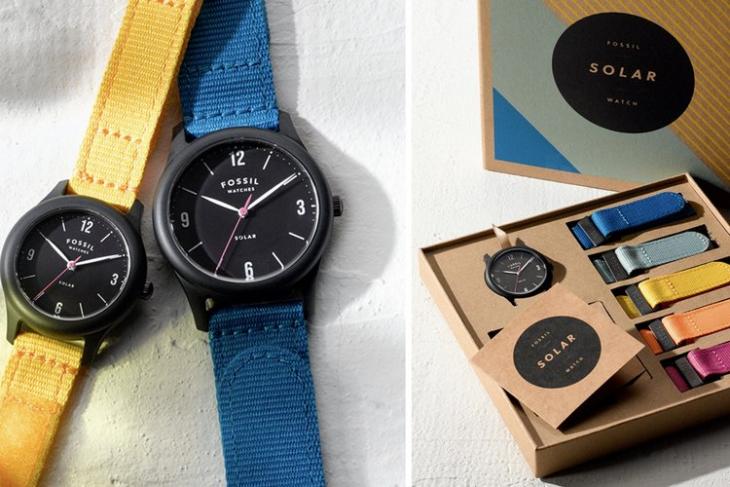 Originally launched to celebrate the 50th anniversary of Earth Day back in April, Fossil’s Solar Watch is now in India. As its name suggests, it is a solar-powered watch that the company claims can run for up to four months on a single charge. In a press statement, the company described the watch as the first step in its commitment towards making its entire portfolio ‘pro-planet’ by 2025.

Describing the technology, Fossil said that the outer ring of the watch case acts as a solar panel. It captures light and converts it to energy using a solar cell beneath the dial. It then stores the energy in a rechargeable battery that powers the movement of the watch. According to Fossil, the device can be fully charged in five hours under full sunlight. It can also be powered by artificial light sources, like fluorescent bulbs.

The Solar Watch is available in 36mm and 42mm options, both priced at Rs. 9,995. Fossil says it is offering a limited edition of 1,754 pieces for each size. It will be available on the company’s dedicated web-store in India, Fossil.in. It will also be available at select Fossil retailers across the country.

Meanwhile, keeping in line with the watch’s Eco-friendly credentials, the straps of the watch are made out of recycled plastic. The watch comes with five interchangeable straps that Fossil says are made out of 16 plastic bottles. What’s more, Fossil says it will plant a tree for every watch purchased. The company has reportedly tied-up with EcoMatcher to plant the trees.

In fact, buyers can even name the trees that are planted in their honor. They can go to the official EcoMatcher website to claim their tree. They’ll also be able to learn more about the tree’s location, species, level of carbon sequestered from the environment, and even the farmer who is taking care of the tree.