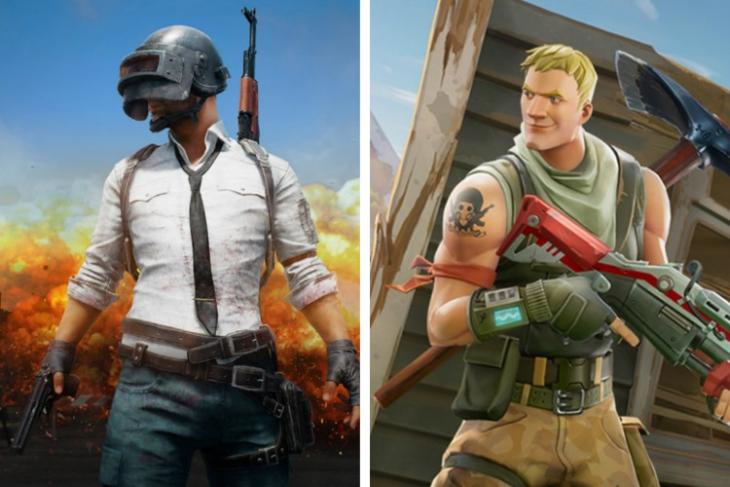 Battle royale games are all the hype right now, and so it shows. Every game developer or studio is attempting their spin on it. While games such as Red Dead Redemption 2 and CS:GO are getting mods for it, there are other games such as Notmycar taking the concept to a whole new level.

Nonetheless, the two biggest names in this context right now are undoubtedly PUBG and Fortnite. While the former might have been responsible for starting the trend, it seems as if Fortnite is the that has actually carried forward the trend, at least in recent times.

As per the data provided by SullyGnome, which tracks Twitch analytics, it looks like Fortnite has taken over PUBG (and League of Legends as well) in recent weeks. Over the last 14 days, Fortnite has become the most watched game (4,882 years, 208 days) as well as the most streamed game (246 years, 231 days). 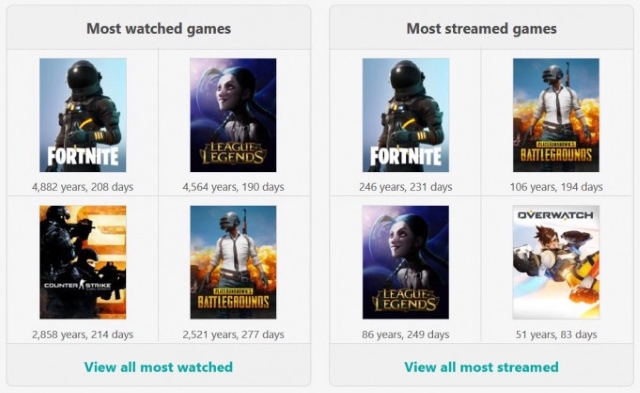 There are several possible reasons for responsible for Fortnite’s massive success. The most prominent reason is the fact that the game’s Battle Royale mode is available for free to players across the globe. Add to that the fact that it is available on all three major platforms, that is, PlayStation 4, Xbox One, and PC. Plus it has gained notoriety in the US in the last few days thanks to the game being blamed for violence among teens.

On the other hand, PUBG is only available on PC, and Xbox One (Early Access). Additionally, Fortnite’s publisher, Epic Games, had recently partnered with Twitch Prime, to offer free loot for those who subscribe to the premium service. This could very well be another reason for the game gaining popularity on Twitch.

The news of Fornite beating PUBG isn’t entirely surprising, considering that PUBG’s concurrent number has gradually been declining, despite huge sales figures. While PUBG Corp. CEO Chang Han Kim has stated that he plans to bring over the game to PS4, Sony’s guidelines of not supporting games in Early Access are sure to cause hindrance to that approach.

Personally, having tried both the flavors of battle royale, I’d say that each game has a different feel to it. While Fortnite certainly appeals to the masses, PUBG appeals to the more serious gamers. But that’s what I think. What about you? Share with us your thoughts about which game is the better of the two in the comments down below.