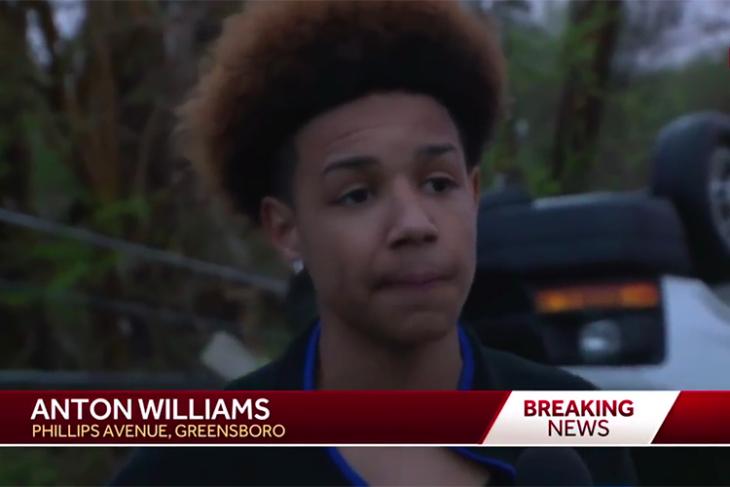 Whatever it is, I’m sure this particular Fortnite player has us all beat. He literally ignored a full-blown tornado outside his house because he was so close to victory he could almost smell it.

According to several news reports, Anton Williams was playing Fortnite in his room when the tornado hit land in Greensboro, North Carolina. As the tornado ripped through the town, tearing roofs off of houses, and tipping trucks over, Williams carried on with his game, trying to get the elusive Victory Royale.

When asked by reporters from various news outlets, Williams said, “I was sitting at home and I was playing [Fortnite]. All of sudden, I hear a bunch of noise and I look out the window and I started seeing the roof come off the houses in front of me.”

Williams, however, was determined to complete the game, realizing that only a few people remained alive, he probably felt that he could finish the game before the tornado got too close. However, when he saw the power lines getting ripped off and the storm coming closer, he quickly went to check on his sister and nephew, making sure they were safe in the bathroom.

Even as the storm raged around Williams, his mind was on Fortnite and the fact that he might have won the game. He later told the reporters, “Honestly, I was thinking about the game, but I was hoping everybody was OK around me.”

So, how addicted are you to Fortnite, or PUBG? Will you dare ignore a tornado to get a taste of that chicken dinner?