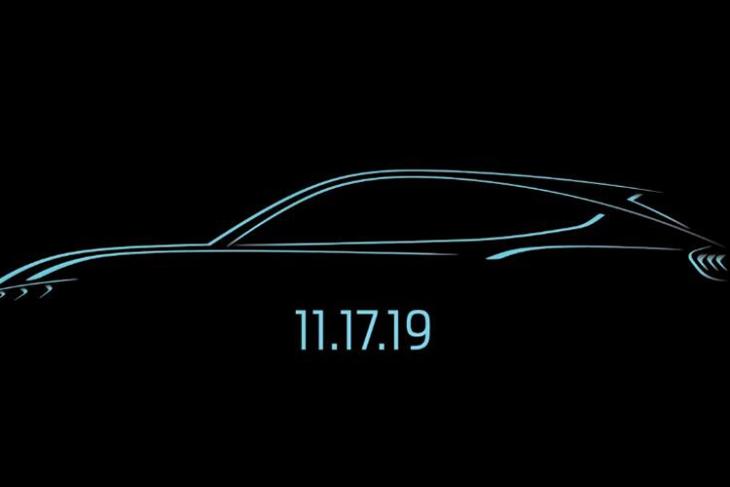 After dropping a teaser back in January 2018, Ford has finally confirmed that it will unveil its latest all-electric SUV on November 17th. Codenamed Mach 1, the electric vehicle has a “Mustang-inspired” design language.

The automaker has teased the range of the upcoming electric SUV on a dedicated webpage. The company predicts an EPA-estimated range of at least 300 miles with this one.

Ford’s upcoming SUV is rumored to be priced around $40,000 for the base version and around $60,000 for the long-range model. However, we will find that out soon officially from the brand now that the launch date of the vehicle has been announced.

As always, this electric vehicle will utilize the advantage of the FordPass charging network, which is said to be North America’s largest electric vehicle public charging network.“With available 150 kW chargers in the FordPass™ Charging Network, the Mustang-inspired all-electric SUV can charge an estimated average of 47 miles of range in approximately ten minutes, and from 10-80% in 45 minutes.”

By this release, Ford is going to be one step closer to its goal of releasing 40 models by 2022. Notably, the electric version of the popular Ford F-150 pickup truck is on its way as well.

In case you didn’t know, Ford released a video a few months back showing off the capabilities of the all-electric Ford F-150. In the video, the truck successfully towed 10 double-decker rail freight cars weighing over 1 million pounds for a distance of 1,000 feet.

So, are you excited to know what Ford has to offer in its upcoming “Mustang-inspired” SUV? Let us know in the comments and stay tuned for more updates.