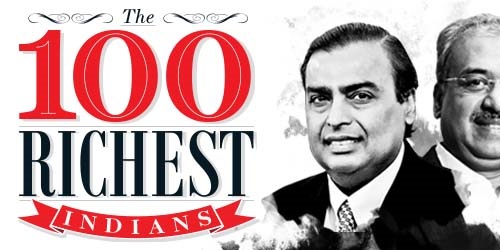 Yesterday, Forbes Magazine released this year’s list of top 100 richest Indians and to everybody’s surprise, everyone in the list is a billionaire. This has happened for the first time in the history. In 2013, only 70 Indians out of all 100 were the part of billionaires group and rest were millionaires.

But, there’s one thing that hasn’t changed, which is Mukesh Ambani topping the list once again for the eighth consecutive year with a net worth of $23.6 billion, $2.6 billion more from last year.

Now, here is the list of top 10 richest Indians in 2014 along with their net worth.