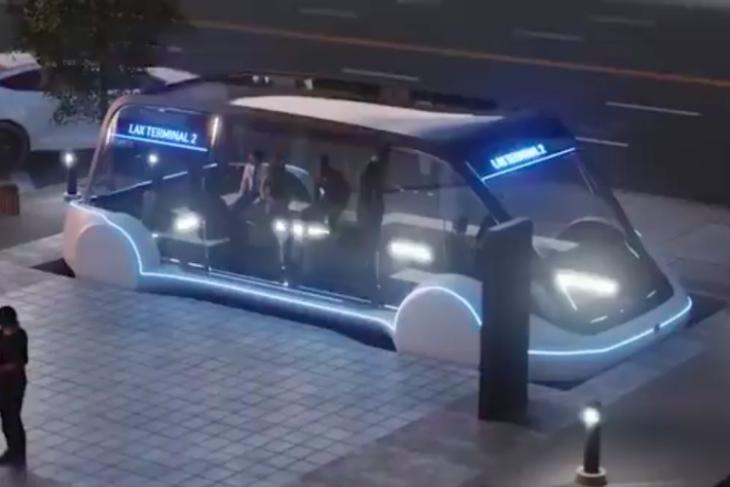 The Boring Company, an idea to dig long tunnels under our crowded cities to cut down the traffic on roads was hatched while Elon Musk found himself sitting in the LA traffic. The plan initially was to build an underground Hyperloop tunnel network that anyone can access with specialized vehicles, but it now seems that Musk has rethought the whole thing and wants to prioritize the use of the underground tunnels for public transportation.

Musk’s tweetstorm revealed the updated vision for the Boring Company, which now aims to use a network of tunnels and Hyperloop technology to primarily make transit easier, especially for pedestrians and cyclists. The earlier plan involved allowing special cars to ply on the underground high-tech highway network to decongest roads.

Will still transport cars, but only after all personalized mass transit needs are met. It’s a matter of courtesy & fairness. If someone can’t afford a car, they should go first.

Musk further detailed the concept, which uses the company’s original tunneling plan. But instead of loading your own vehicle onto the Hyperloop carriage, the Boring Company will run cars (or small buses) to ferry passengers around. The vehicle would rise to the surface to pick up or drop passengers and descend into the Hyperloop tunnel to continue the journey to the destination at speeds north of 150 miles per hour.

The project called the Boring Company Urban Loop system, will have thousands of stations around the city, where commuters can board and alight. These stations, it is said, will take up as much room as a single car needs to be parked, will be designed to blend in with existing city buildings and landmarks. Musk said this would allow for more freedom of movement.

Musk has even posted a teaser video of this new mass transit system to explain his vision for the Boring Company’s project.

Better video coming soon, but it would look a bit like this: pic.twitter.com/C0iJPi8b4U

This is an immensely ambitious project, even for Musk, and a considerable shift from the original plan for The Boring Company. Musk has decided to reorient the company for mass transit which could be seen as a populist move, but also the more sensible one. He says that the said transport system is going to benefit non-vehicle owners, who currently spend hours in traffic or in transit. The Boring Company will also eventually allow personal cars to travel at high speeds through the Hyperloop tunnels.