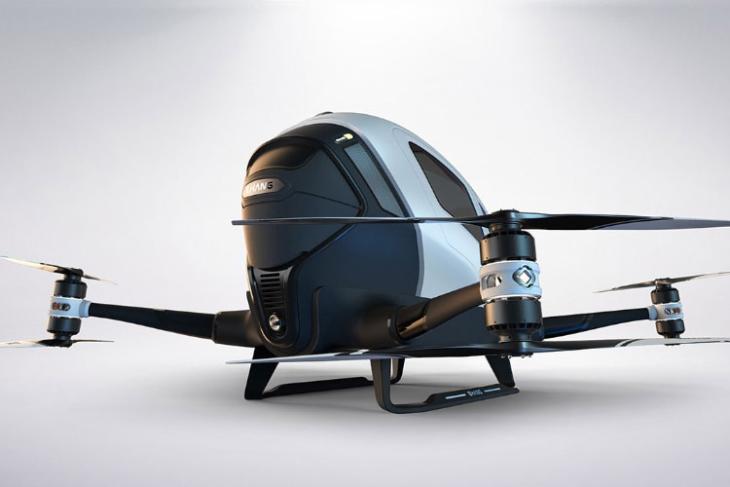 Ehang is a Chinese company which made a splash two years back, by going to CES in Las Vegas, and announcing its first passenger-carrying drone. Although the concept was really intriguing, many in the tech industry considered it as one of those CES products which never make their way out of concept phase.

However, fast forward two years and the company is still committed to bringing its passenger-carrying drone to market. Today, Ehang is one step closer to realizing its dream as the company has just released the footage of its first piloted test flight conducted in China.

Dubbed as the Ehang 184, the passenger-drone has been put through a series of over 1000 test flights with human passengers as reported by The Verge. The Verge reports,

The Ehang 184 was also tested in a variety of weather conditions including high heat, heavy fog, and night tests. The company even went as far as testing the quadcopter during a Category 7 typhoon with gale-force winds. Among the 40 or so passengers who helped in this crucial testing phase were WANG Dong, deputy mayor of Guangzhou, and EHANG founder and CEO, Huazhi Hu. Hu said,

“Performing manned test flights enables us to demonstrate the safety and stability of our vehicles. What we’re doing isn’t an extreme sport, so the safety of each passenger always comes first. Now that we’ve successfully tested the EHANG 184, I’m really excited to see what the future holds for us in terms of air mobility.” 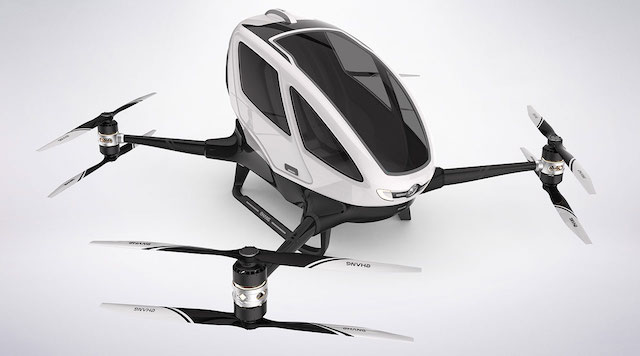 “This is a step-by-step process and at EHANG, we have our own roadmap. When it comes to the development and application of any transformative technology, first the technological innovation makes an impact, then the relevant policies are created and developed. This goes on to push further development of the industry.”

So, there’s still quite some time before passenger-drones can become a reality. That said, seeing how the company has already conducted over 1000 successful manned test flights, the idea of passenger-carrying drones no longer feels like a fool’s errand.