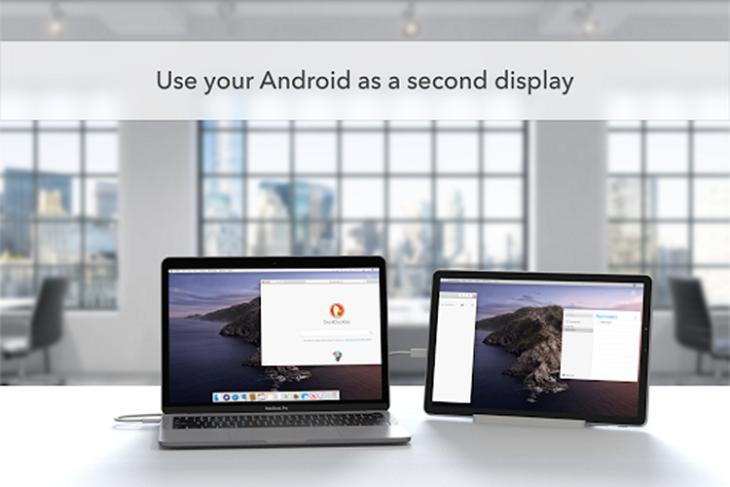 Having a second screen can significantly boost your productivity in multiple ways. You get better accessibility, smooth multitasking experience, and better control over all the applications you’re using at the moment. Unfortunately, sometimes you might be running low on budget for that curved monitor you desire or you’re out of space on your table for occupying a dedicated secondary monitor. At these circumstances, using your existing devices as a second screen can be really handy which is exactly an app named Duet Display achieves.

Initially launched exclusively for iOS back in 2014, the company has recently expanded support for Android devices as well. Now, you can turn your iPhone (iOS10+), iPad, or even Android phones & tablets running Android 7.1 Nougat and above to a second screen for your Mac or PC.

Developed by a team of ex-Apple engineers, the company claims to offer 256-bit encryption, monthly updates, and great performance without consuming much CPU power so that your battery backup does not get compromised.

To get started, download the Duet Display app on your iPhone or Android phone. A companion app has to be downloaded in your PC or Mac so that both the apps interact with one another. In case you’re wondering, the software supports both wired mode and wireless mode.

The app, however, is not available for free and costs Rs.799 on Apple’s App Store and Rs. 1650 on Google Play Store. Considering the features it brings to the table, we do think it is worth investing money in this piece of software.

So, what are your thoughts on Duet Display? Let us know in the comments.