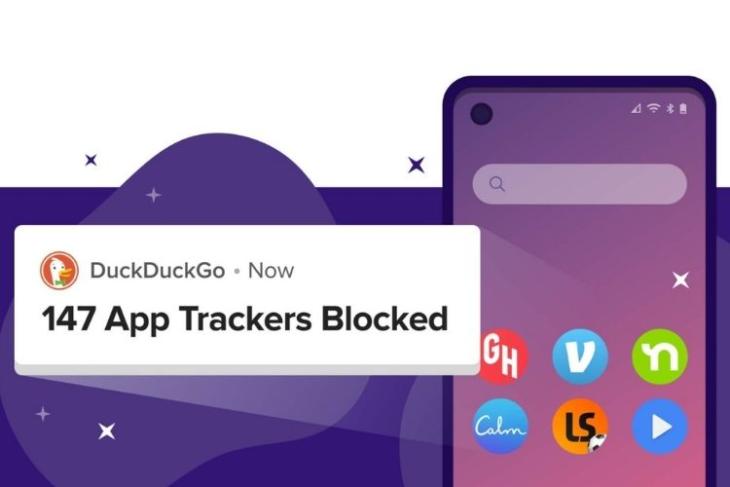 The company introduced the App Tracking Protection tool via an official blog post recently. In the post, DuckDuckGo cited a report by AppCensus and mentioned that 96% of popular free Android apps contain hidden third-party trackers. Amongst those, 87% of the apps send user data to Google, while 68% sent data to Facebook, which is now known as Meta.

The company also highlighted the fact that while Apple’s iPhones and iPads now come with the App Tracking Transparency feature to prevent third-party trackers to track users, there is no similar feature for Android users. So, citing these issues, the privacy-focused company introduced its own version of App Tracking Transparency for Android devices.

So, once you enable App Tracking Protection on the DuckDuckGo app on Android, it will run in the background. While doing so, the app will detect when or if any app tries to send your data to any third-party tracking companies and prevent them to send the data.

The app will also give you a detailed, real-time report of the tool’s working, showing which trackers it blocked and to which networks they were trying to send the data. Moreover, if you have your system notifications turned on for the DuckDuckGo app, you will get the tracking-prevention summary right in your notifications.

Now, coming to the availability of the App Tracking Protection feature, it is currently in the beta phase. However, users can join the private waitlist to access the feature via DuckDuckGo’s Settings. So, if you want to try out the new feature, you can go to the Settings section of the DuckDuckGo app on your Android device, then go to App Tracking Protection in the Privacy section and tap the “Join the Private Waitlist” option.

The company is gradually rolling out the feature to those joining the private waitlist. DuckDuckGo says that it will continue to refine the tool with user feedback before publicly rolling it out for global users.