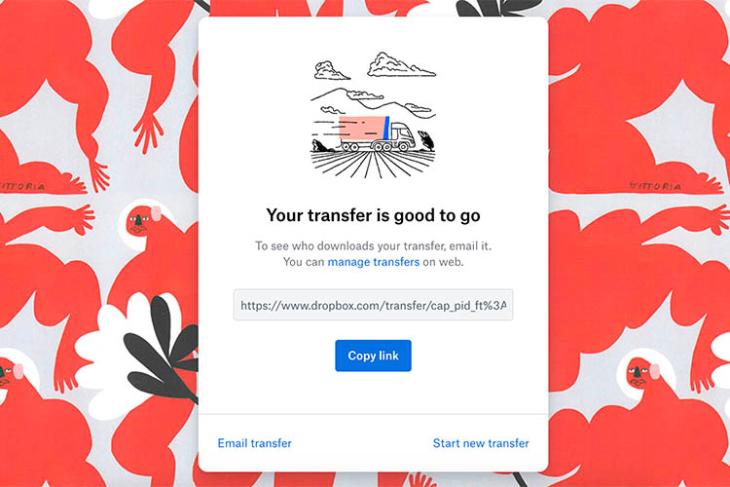 File sharing is likely one of the most frequent things we do as working professionals, and even students for that matter. However, it still happens to be a ridiculously time-consuming task, unless you’re in walled-gardens, or willing to trust chinese third-party apps like Xender. Even then they are rarely convenient or reliable.

I think that’s what Dropbox’s engineers wanted to help solve with the new “Dropbox Transfers” tool that the cloud-storage company has now launched. With this tool, you can share files and folders using simple Dropbox links with anyone you want, and you don’t have to worry about size limits (if you’re a Pro user; more on that later). It’s very similar to how WeTransfer works, or even Mozilla’s Firefox Send (which is what I prefer using most often), but it’s also just as easy.

You can create shareable links via the Dropbox website, the iOS app, or by simply heading to “dropbox.com/transfer” on your browser. You will, however, need to be logged in to Dropbox in order to share files.

What’s more, the platform even has a page where you can manage your shared links, and see how many times they have been viewed, and their contents downloaded.

My issues with the Dropbox Transfer feature are the ridiculously low file-size support for Free users, and the fact that you have to sign up before you can share. Firefox Send lets users send up to 1GB of files without having to sign-up or sign-in, and even lets them password protect their files, and set an expiration date. What’s more, just by signing-in users can share files up to 2.5GB in size. That’s a whole lot more than what Dropbox is offering here.

So what do you think? What advantages does Dropbox Transfer have over something like Firefox Send? Let me know in the comments.

Dropbox has confidentially filed for a US IPO, Backed by Goldman Sachs and JPMorgan