DJI just announced a VR-like headset called Goggles, which provides users with a first-person view of what exactly your drone is recording. At first glance, it might look nearly identical to the Oculus Rift or Samsung Gear VR headsets (except for the color), but make no mistake, the DJI Goggles won’t give a 360-degree video feed and that’s exactly why we call it “VR-like”. That being said, the company claims that the headset displays the same 1080p footage to each eye, which makes you feel like you’re staring at a 216-inch television from just about 10 feet away. 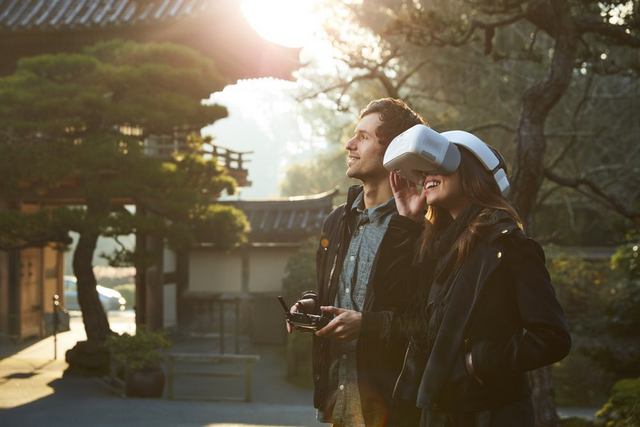 The first-person view is not the only feature that the company is boasting about. DJI Goggles provides head tracking capabilities as well. The headset will let the pilots control the drone’s camera movements by simply moving your head in the desired direction. Apart from this, a touchpad is integrated right into the goggles that will provide you access to some key intelligent features as claimed by DJI. 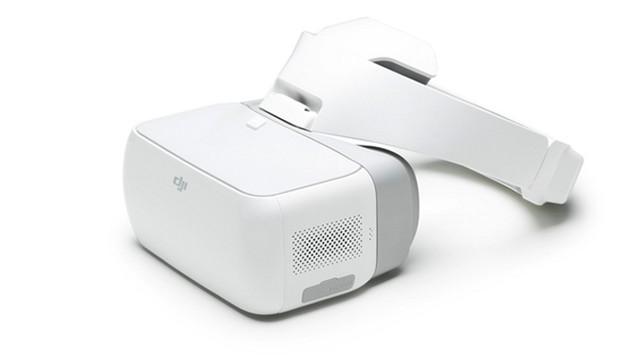 The company promises low-latency transmission of just around 110ms and the Goggles will provide you with 720p at 60fps viewability, if you don’t want to lose out on the frame rate and 1080p at 30fps viewability, if you want that higher resolution. DJI Goggles will be compatible with the Mavic Pro, Phantom 4 series and the Inspire 2. However, only the Mavic Pro will be able to take advantage of the OcuSync transmission system and sync with the headset wirelessly. The Inspire 2 and Phantom 4 series drones will be able to connect using the controller’s USB port.

The headset is currently available for presale and will start shipping in late May for an asking price of $449. Whether the Goggles is a worthy addition to your DJI drone, is something only you can answer, as it will depend on personal preferences.

Within the past two years, Realme has vastly expanded its portfolio to take on its arch-nemesis - Xiaomi. It started off with smartphones but...
Anmol Sachdeva - May 25, 2020

Realme marked its entry into the wearable space with the launch of the Realme Band earlier this year. Now, after months of teasing, the...
Anmol Sachdeva - May 25, 2020

Reliance Jio has been prepping to take on popular online grocers, including the likes of BigBasket and Amazon, in India for the past five...
Anmol Sachdeva - May 24, 2020

After a period of two years, the SD Association – a consortium that sets memory card standards – announced specifications for the new SD...
Arjun Sha - May 22, 2020 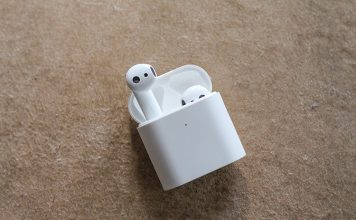 I'll be honest, I never imagined truly wireless earphones being as convenient as they are. However, I have been using a wide variety of...
8.3
Akshay Gangwar - May 21, 2020