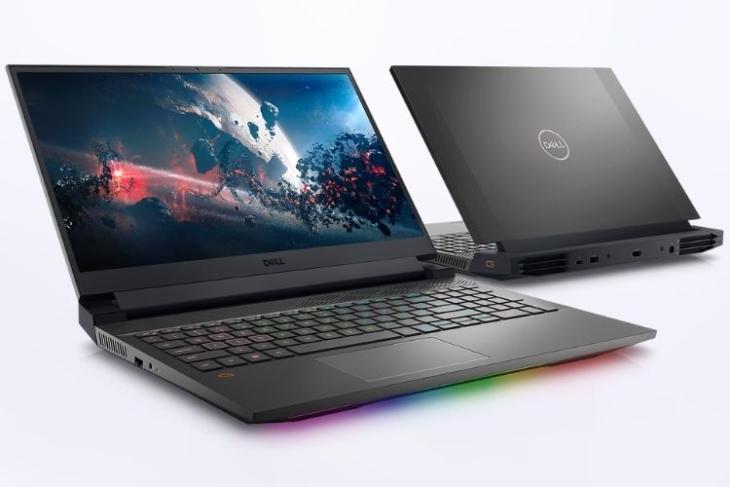 Citing the ever-increasing demands for affordable gaming laptops in India, Dell has launched two new laptops under its gaming G15 lineup. The Dell G15 5520 and the G15 5521 SE come right after the company launched its premium Alienware gaming laptops in India and include the latest components from Intel and Nvidia. They come with high-refresh-rate displays, the Alienware Command Center, and more. Let’s take a closer look at the key specs and features.

The Dell G15 and the G15 5521 SE (Special Edition) are designed to cater to entry-level gamers who are looking for affordable yet power-packed gaming laptops in the market. The new Dell G15 models pack up to the 12th-Gen Intel Core i7 processor and up to Nvidia 3070 Ti GPU.

The laptops can pack either a 12th-Gen Intel Core i5-12500H CPU or a 12th-Gen Intel Core i7-12700H CPU. They can be paired with up to 8GB of GDDR6 Nvidia GeForce RTX 3070 Ti GPU for maximum graphical performance. Furthermore, Dell has taken a page out of its premium Alienware line to design the thermal system for the new G15 models that include dual air-intake, ultra-thin fans, copper pipes, and strategically positioned air vents. As a result, the laptops also come with the Alienware Command Center software for users to easily monitor and manage the thermal and overall systems of the devices.

As for the memory, they come with up to 16GB of DDR5 4800MHz RAM and up to 1TB of M.2 PCIe NVMe SSD. There’s also support for up to 86Whr battery with up to 240W AC adapter. Connectivity options include USB Type-A ports, HDMI 2.1, Thunderbolt 4.0 (RTX 3060/ 3070 Ti variants), headphone/mic jack, and more. Customers can also choose either a standard orange backlit keyboard or a 4-zone RGB-backed keyboard, both of which feature a “Game Shift” macro G key instead of the F9 key that instantly turns on the gaming features of the laptop to deliver improved performance.

Other than these, the Dell G15 5520 and the 5521 SE come with Dolby Audio support to deliver a 360-degree audio experience to gamers. There is also a voice booting technology in the play to deliver a better communication experience in multi-player games for gamers. Plus, the laptops come in an easy-to-carry design and run Windows 11 Home out-of-the-box.

The Dell G15 5520 come in a Dark Shadow Grey color and starts at Rs 85,990 in India. The higher-end G15 5521 SE, on the other hand, comes in an Obsidian Black colorway and starts at Rs 1,18,990. They are currently available to buy on Dell’s official online channel, Dell Exclusive Stores, and other large-format retailers across India. You can check out all the prices from here.

So, if you are in the market for an entry-level, feature-packed gaming laptop, you can take the Dell G15 laptops into consideration. Also, let us know your thoughts on them in the comments below.